A lot has happened in the past 52 hours.  So much that I am going to have to break it into a couple of blogs over the next few days.

On Wednesday I had a followup club fitting at the Titleist Oceanside facility so departed on the long and winding desert backroads between Palm Springs and Carlsbad: 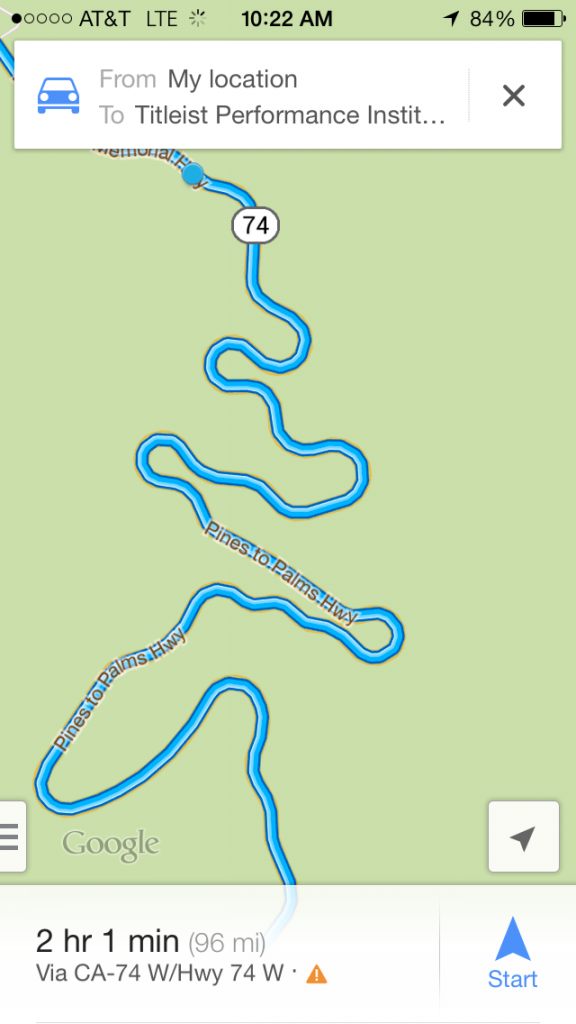 It was a beautiful drive over the mountains from the desert to the Pacific with some great views at the beginning of the journey:

And the Pacific at the end of the route: 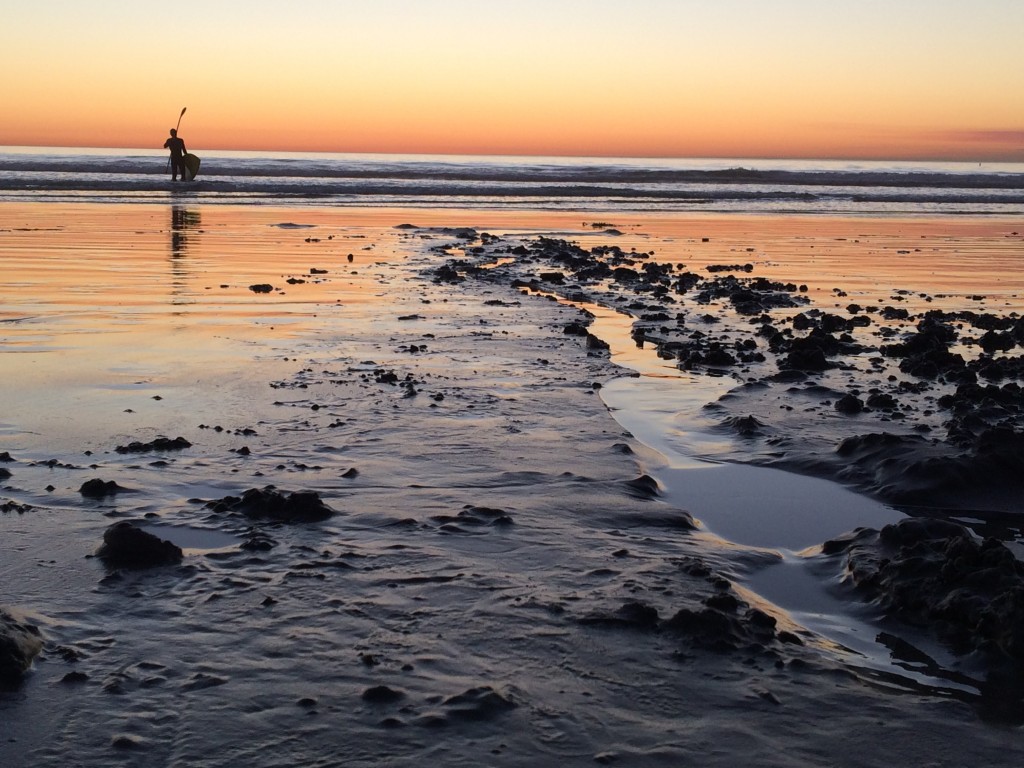 I arrived early for my fitting and was scheduled to be fit next to PGA Tour rookie Kevin Foley.

But, I don’t want to talk about that experience quite yet as I do not have the specs and would rather cover the rest of the trip then address the fitting early next week. Check back soon for that story.

Afterwords, I drove up to LA to meet with a friend who wanted to introduce me to a sports performance psychologist, Mike Gervais, on Thursday morning.  I didn’t know much about Mike so wasn’t sure what to expect but pretty soon after meeting him I could tell he was solid and would have some good insight into how to enhance learning.

We talked for about an hour and much of it was about how to use imagery to accelerate skill acquisition.  I’ve met a lot of people working in this, or similar, realm and always find it difficult to sum up their work and our conversation.  The new plan is to start filming these conversations to post on the blog, but that won’t come to fruition until there are a handful of these in the bank.  Right now, we have filmed two such videos, one with Dr. Bob Bjork and one with Dr. Dan Schacter.  Soon down the road we are going to revisit with Gervais and a handful of others and once they are edited and ready to post I will launch this new series.  I’m very excited about it as what they all have to say has great value to anyone interested in learning.

For now, I will try to cover the discussion as best as possible.

Mike talked about how the different athletes he works with utilize imagery in their daily routines.  Whether it’s by entering a meditative state in the evening and imagining the day’s practice routine or through closing your eyes in the shower and going through an entire future competition, the basic idea is that by putting yourself in a fully aware, but closed eyed, state where you can feel, taste, hear and see what you are trying to learn you can activate the same parts of your brain that are activated when you are actually competing or practicing.  It’s a powerful way to add to and enhance a practice session.

An important point was to differentiate imagery and visualization and he suggested that visualization was more of a basic state of picturing something (ball flight, putting line) whereas imagery was a deeper state utilizing all of the senses.   This is where my knowledge of the subject tends to limit my ability to write about it.  After an hour conversation I walked away with a general sense of what I can do to help my own journey, but not a broad enough grasp of the concepts to do it justice in a blog format, which is exactly why I want to film these interactions so the info comes directly from the source.

He gave me an example by having me relax and close my eyes and talked me through an experience of eating an apple.  By the end I could see it, hold it, taste it and was actually swallowing.  It was a lot like mediation, but had directed aspects focussing on one specific task.  I could immediately see how this would help ingrain a new swing when the range was not available and would be a great addition to any daily routine.

This is a subject that will be revisited often down the road.  For now, here is an anecdote from the book Imagery in Sports and Physical Performance:

Imagery techniques had been utilized extensively for decades in training world-class athletes in the former Eastern-block countries.  But in the United States the use of imagery to enhance athletic performance had received only limited attention.  Recently this has changed and reactions to this application of imagery range from total faith in its efficacy to absolute denial that it may hold promise for our athletes.

Fortunately, a considerable body of research on the relationship between imagery and athletic performance has emerged in the last decade.  Although many questions have been answered, many more require further scrutiny.  Both experimental and anecdotal evidence clearly demonstrate that imagery techniques can be a valuable tool in improving athletic performance; however, they must be applied with care.  Research has demonstrated that they also can have deleterious effects when used inappropriately.

This is a bit on the fringe and needs some looking into.  But, I think you would be hard pressed to find a top-performing athlete who does not use some form of imagery in their routine.

3 Responses to "From the desert to the ocean; two days two cities"