I’m spending New Years in Astoria, Oregon.  It’s best known for the setting of Goonies and slightly lesser known for being the backdrop of the 80s “classic” Short Circuit and somewhat less classics Kindergarten Cop and Free Willy.  It was also the place of the first US Post Office west of the Rockies in 1847 and perhaps the only Oregon city cloudier than Portland.  Apparently Astoria is tied with Lake Charles, LA and Port Arthur, TX as the most humid city in the contiguous United States.  I’ll believe that:

It’s a funky little town and a good place to step away for a couple of days and reflect on the past year’s successes and setbacks before heading out to tackle 2014.  I’m a big fan of having these short interludes for reflecting a bit before setting out on the next adventure and on January 2nd I’m heading to Palm Desert for a few weeks to stay with a friend and step up my winter practice routine.

Today I am going to hike around Cape Disappointment, which in some ways (jokingly and seriously) is a fitting name for my reflection spot for 2013.  My initial gut reaction on 2013 as a whole is that it was the toughest and in some ways least productive year to date of The Dan Plan.

Before continuing on, some scenes from today’s Cape exploration. 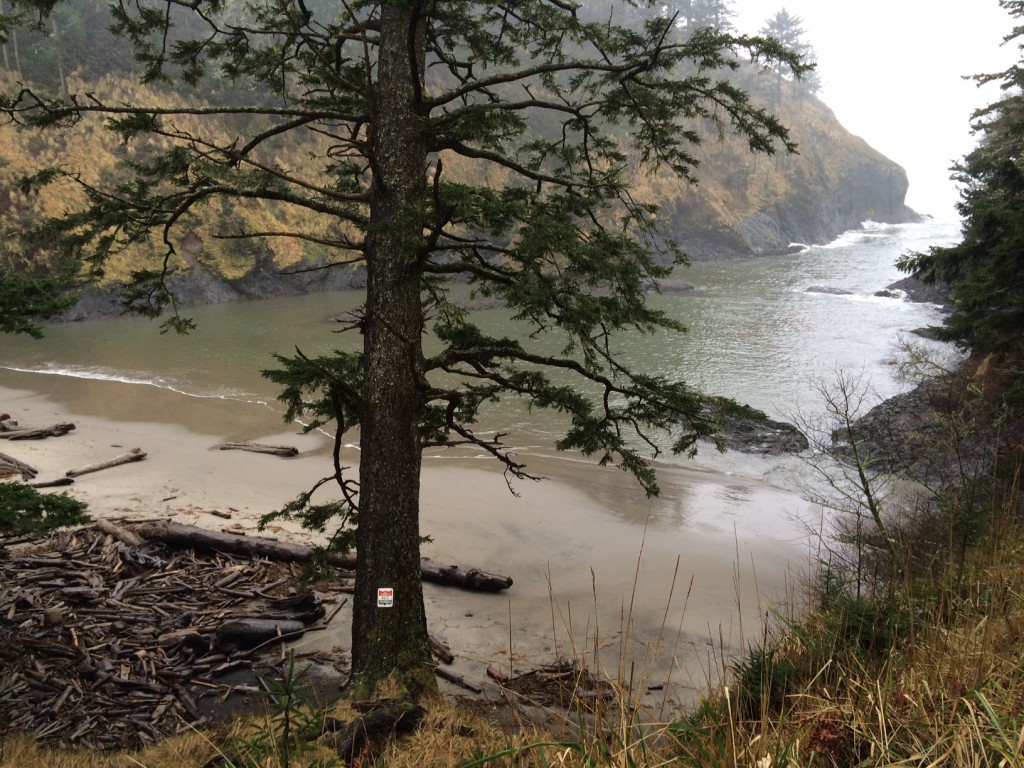 The road along the way included a 4 mile long bridge across the Columbia from Oregon to Washington, long enough for the road to disappear into the fog: 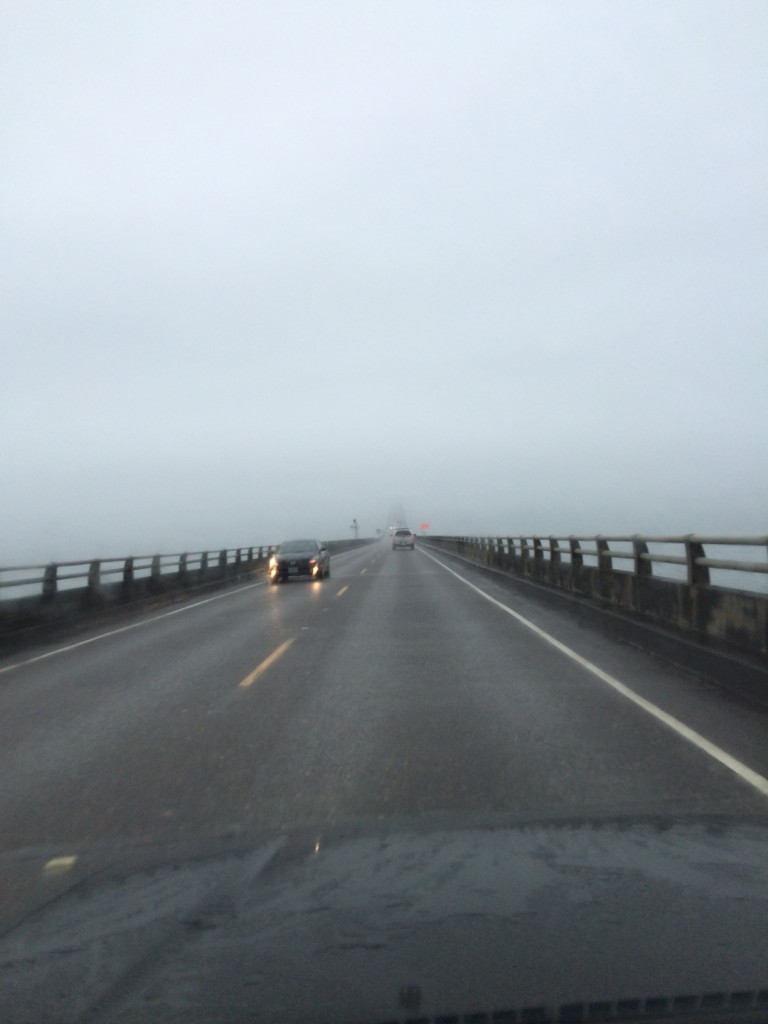 A must unnecessary sign (unless, of course, you are learning Chinook): 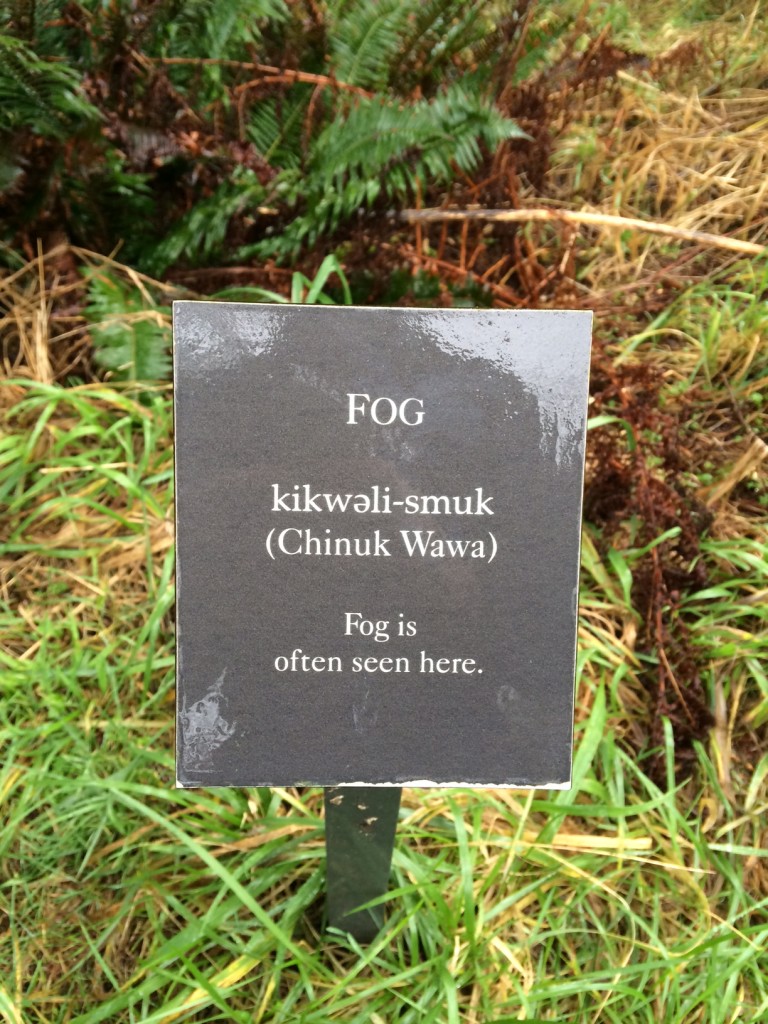 Small buildings where only the imagination can shed light on their past use: 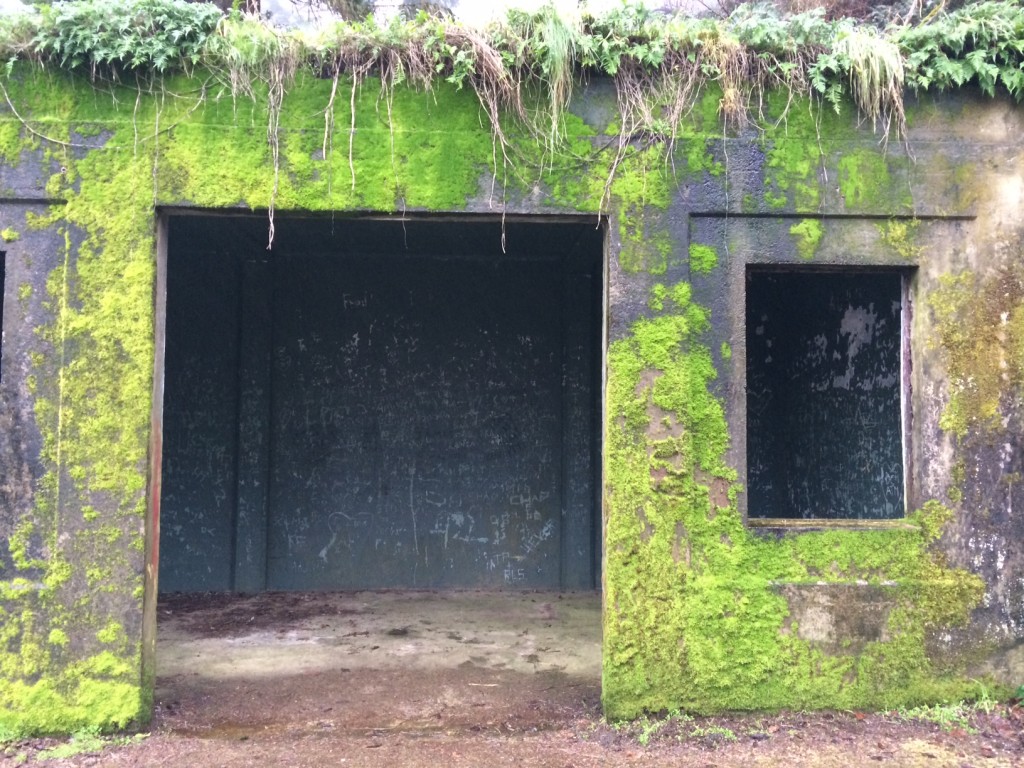 After spending a few hours thinking and hiking around the foggy cape I realized that last year was, in fact, the most productive year of the project to date.  I went from being told how to make a golf swing in the first couple years of the project to finally understanding what it means to apply the appropriate swing and I now have a deeper understanding of the physics of golf and how to “make a golf shot.”

Also, 2013 was the year that I found the right coach; the one I wanted to work with in order to boost my game to the next level that I will taste soon down the 2014 road.  Early in 2013 I was playing some of the best golf of my life, shooting one over par a couple of times in January and February and scoring an 81-81 in a two-day tournament on a tough track that landed me my first prize money to date with a net 6th place.  But, I knew my swing fundamentals would not allow me to progress much past those levels and that I needed to shore up my swing in order to produce the type of consistency and power needed to continue improving.

I met Bruce in May and we started the long process that is a major swing change.  I knew it wouldn’t be easy, yet still struggled with these changes for months and have continued to do so.  Although I finally understand exactly what I need to do and am excited to get down to the desert and not play golf for a while so that I can concrete the next changes.  It’s a surprisingly tough process and I have much respect for PGA Tour players who go through similar fundamental/coaching changes that leave them off the radar for a year or more.

Most of the summer was spent trying to figure out what it was that I was supposed to “feel” in the new swing and for a long time I was struggling to break 90 again and did not enter any tournaments as I wasn’t ready to compete.

Finally, around the time of Portland’s last tourney of the year, I knew that I needed to test what I was working on so signed up for a two-day amateur event mostly out of curiosity as well as a bit in order to get some revenge as I shot horribly in the 2012 event (92-86).  I did not have any expectations, but knew that I would be able to shoot better this year than last as my swing was much more consistent.  That said, I was a bit surprised when I shot a 76 the first day.  That score was with two missed short putts on the final two holes that could have been extra birdies.  It was a relief and a huge confidence booster as I had never scored under 80 in a tourney.  The next day I had a triple and a double on the back which killed my chances to repeat a sub-80 mark, but still posted an 82 which kept my two-day average under 80.

That was the best way to end what was basically a non-existent tournament year.  It gave me plenty of fuel moving forward and left me excited to compete when the season picks back up.

There was much more to the year than that and it would be impossible to quantify a year’s worth of practice by talking about a few scores or the generalities of a swing change, but 2013 was just one growth ring in the constantly evolving process that is ultimately a complete transformation.  Honestly, it doesn’t even make sense to break out one year analytically just because a calendar happens to turn, but it does provide a convenient stepping stone and I suppose that is why we tend to have resolutions and set goals this time of year.

My goals are simple:  Don’t lose momentum, find new vigor and new energy and apply it daily.  Don’t allow frustration to set in.  Stay positive, learn, grow, improve, make every minute of the day quality time whether it’s on the course or at home.  Remind myself that there cannot be any regrets and live each day accordingly.  Break par, get to scratch, win an event.  Concrete that swing change, become more consistent, get faster and improve balance.  Understand my mind and body and how they are connected.  Sleep more soundly and wake with more energy.

That’s it.  Simple, straightforward goals that are mostly written out in order for me to remember to continue to push forward.

2013 was a mixed bag, as it should have been.  There will always be highs and lows and without each the other is unrecognizable.  Similar paths will evolve in 2014, but I think I’m a hair wiser this December 31st than last and can see a clearer path in front of me.  I may not have accomplished everything I wanted to this past year, but I grew slightly wiser and stronger and can’t really ask for more than that.  Who knows what I will be writing about, or where from, come December 31st 2014, but over the next 365 days I know that I will be doing my best to improve one way or another.

Happy New Year.  I hope everyone is happy, healthy and has an inspiring 2014.

6 Responses to "Looking back at 2013: the golfing highs and lows"