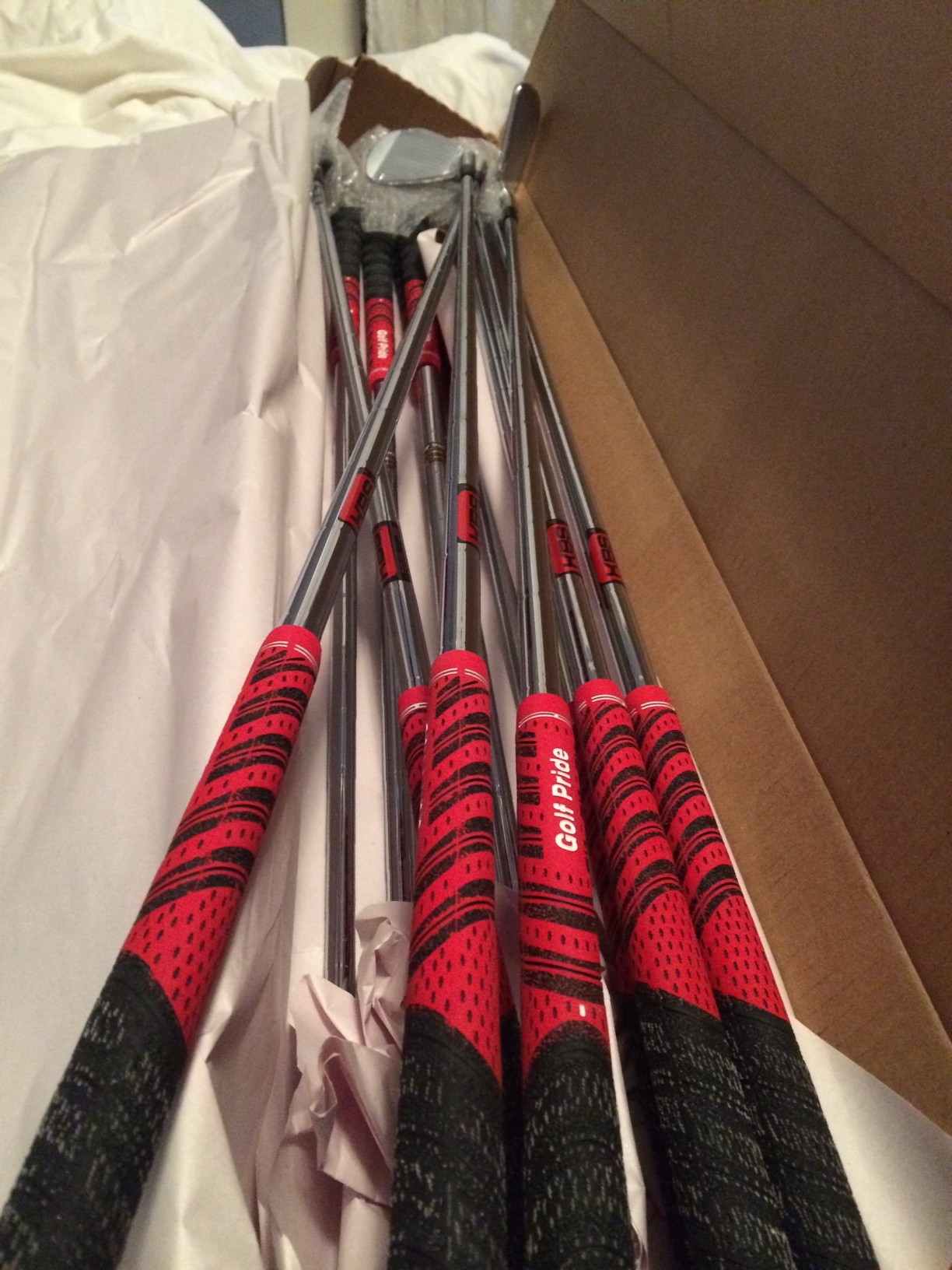 It’s been about 1.5 years since I had any significant change to my irons or wedges and I have been playing stock standard lie and a stiff shaft.

This new setup has 1/4 inch short shafts which are 3 degrees flat through the set with KBS Tour X-stiff shafts in the irons and X100 in the wedges.  It’s a big change, especially going from standard lie (which when we measured them all of my irons were actually 1 degree upright) to 3 flat and will take a little bit to let my swing adjust to them, but they arrived last Wednesday and I took them straight out to the course to break them in on some good turf.  I was leaving early Thursday for my sister’s wedding (without clubs to spend time with the family) so it was very important for me to get a round/practice in with them before heading out.

And it was great!  I had a few block shots (left push), which Neff said I would as that’s what happens when you go from too upright for your swing/body for 1.5 years to having a set that fits your swing.  Eventually I will learn to trust the new sticks and let my swing be more fluid than before.  I didn’t realize it, but I have been playing with irons and wedges that are too long for me and upright which has been causing me to hold on in order to fight hooking the ball.  Live and learn.

No matter how great they felt and how excited I was to be playing with them (and with a full set for the first time in a month as a few of my irons have been broken and I took the hybrid out of the bag so now I have a 3-iron to replace it), it wasn’t the highlight of the day.  Eric, aka Country Club, knocked in an eagle on the par 4 9th at Riverside.  It was a great shot from about 150 yards that looked good the whole way.  And, he needed it to go one up on the front

I was surprised at how effortless it felt to swing the new sticks.  I only had one major miscue all round, which was when there was OB left and I overcompensated in order to not block a ball OB and ended up hooking my new 7-iron straight into the trees right.  That was maybe the 10th time I had swung the irons so it’s understandable to not have complete faith in them yet. This will come with practice.

Speaking of practice, I went to the club today just to realize that Portland had frozen overnight and the course was closed.  I am not a fan of hitting off of mats as I think it breaks your swing and body down and the chipping green/putting greens were closed too, so I’m going to use the rest of the day to logistically catch up after the trip.  Also, I have found an iPad, finally, so will be breaking out FlightScope this week to get some updated numbers on the swing.

I’ll be working on the sticks from now until December 20 when I head down to Hilton Head to visit the parents.  I will definitely be bringing the clubs down there and would love a pick-up game if anyone is around.