There are better things in life than flying international with a head cold, but the simple ability to hop on a jet and wake up in a new country across the sea far overpowers any temporary discomfort that one may experience during the transition.

Taking off from Chicago, one of the last images of the states I would have before rising above the clouds was that of the city outskirts snuggled into a nice Fall evening:

I landed in Zurich on what was to be their first true day of Fall and sluggishly found my way from the airport to my brother, who I hadn’t seen in the better part of a year.  He has made this city his home for 3 years and I haven’t had the ability to visit until now, but am very glad for the opportunity to see the life he has created here.

I explored the city the first day, and enjoyed watching the people and seeing the buildings and old cobblestone streets.  My former sister-in-law took me around with her new baby boy:

We got some good coffee and some local dessert and then checked out a handful of architectural sights before heading back to their place for an evening of family catch-up. The next morning a new friend, who found me through this website, picked me up and we set off to play my first round of golf on European soil.  From first appearances, golf in the outskirts of Zurich looked very similar to Oregon with the lush greenery and trees surrounding the course.  It was rather cold that day so Robert and I had on our winter golfing gear for the round: 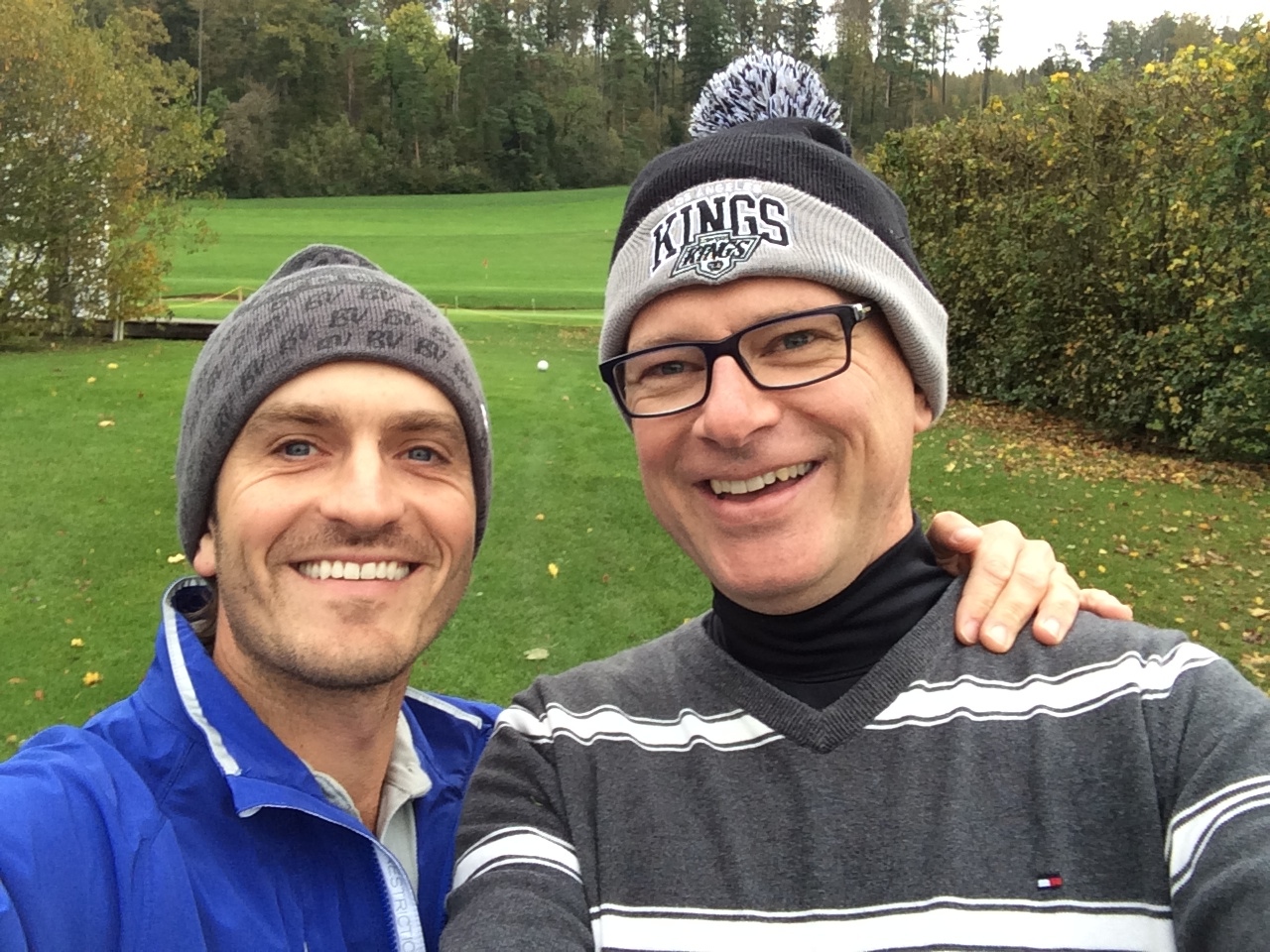 It was my first round in rain gear since the Spring and it took a while to both warm up the body and get used to golfing in multiple layers again.  The round was fun and the course was quite a challenge, especially for being on the shorter side.  In 40 degree weather with winds and very moist soil you found yourself with long approaches on shorter par 4s.

The rough was different too.  I think it may have been from the fact that the course is closing for the winter next week and because it dumped rain two days prior, but this course had some of the longest and thickest rough I have ever played on. When the ball landed off the fairway in the deep rough you literally had to hit a wedge 20 yards back to the fairway instead of trying to advance the ball.  It took a couple of tries to hit long irons or hybrids out of it to realize that was not going to be possible.  Once you learned what your options were it was a good challenge and a fair course.  Had some pretty holes too, especially the par 3s: 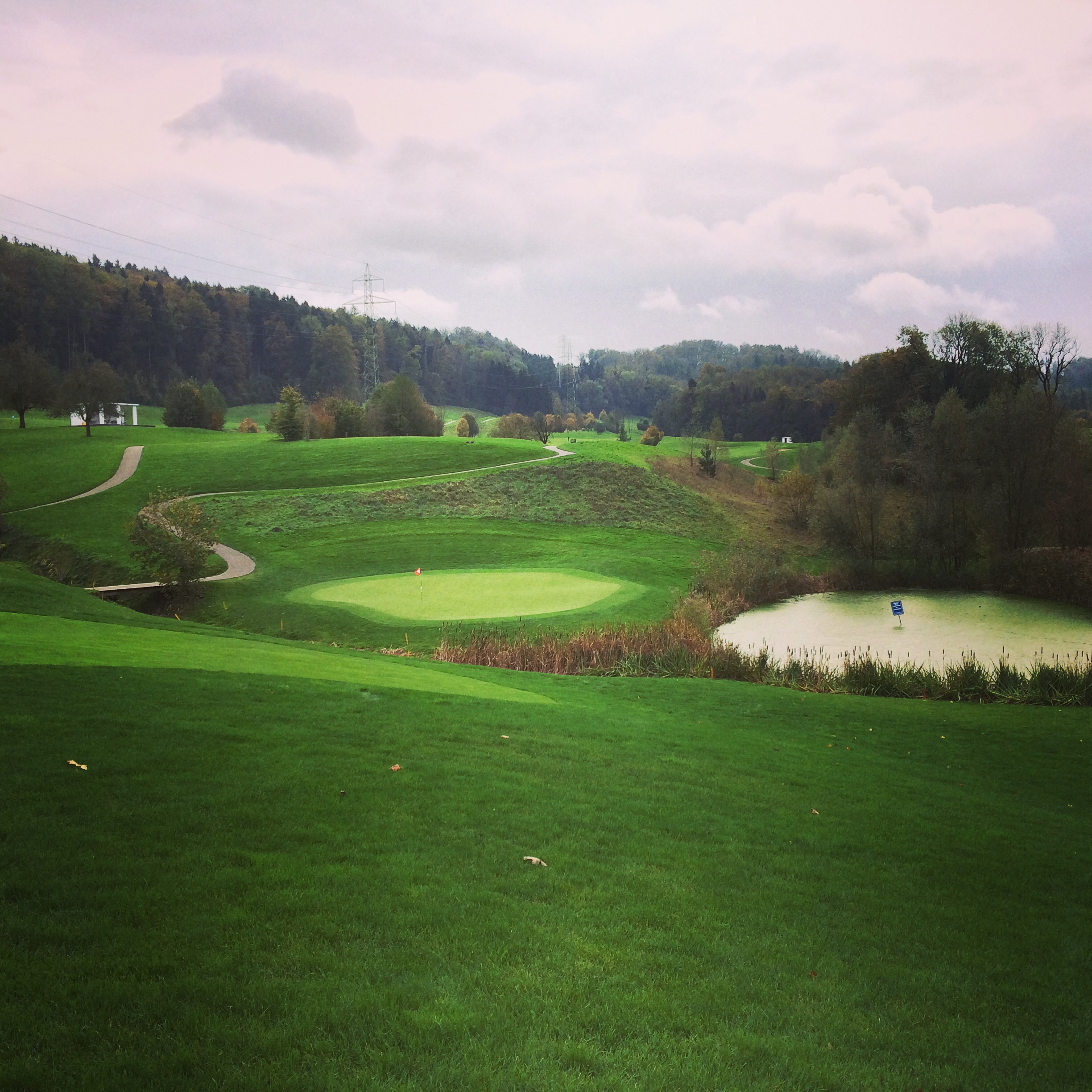 The grass on the greens was different too, it was like a combination between bent grass and bermuda.  I’m not sure what it was, but it looked like bent but had grain similar to bermuda.  I’ll have to do some research and figure it out.

The round was a great introduction to Swiss and European golf and I am excited to explore some more courses while here.  In the meantime, though, I went on a nice hike with my brother the next day to do some exploring and catching up.  The landscape here is incredible, it truly lives up to the reputation: 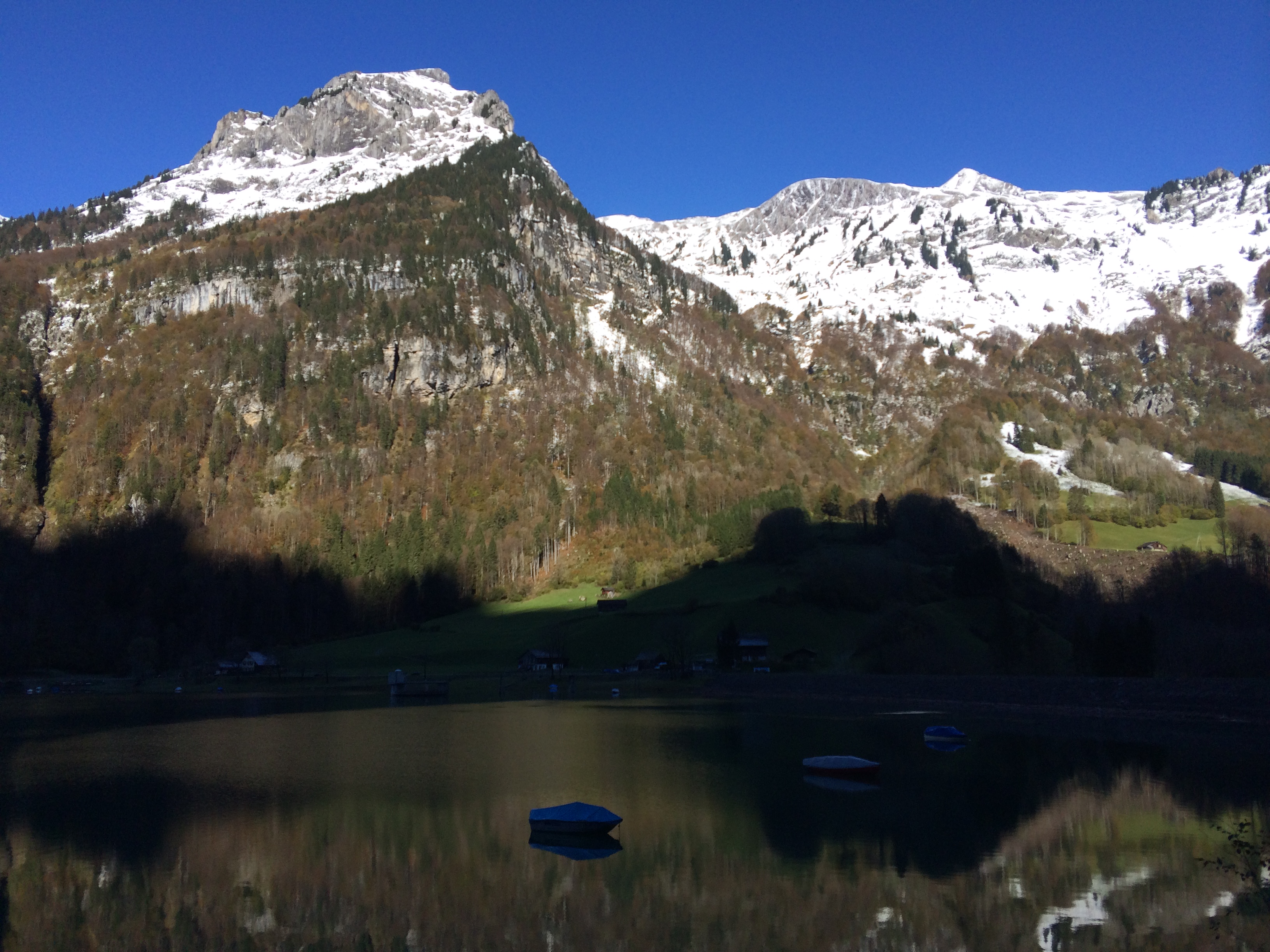 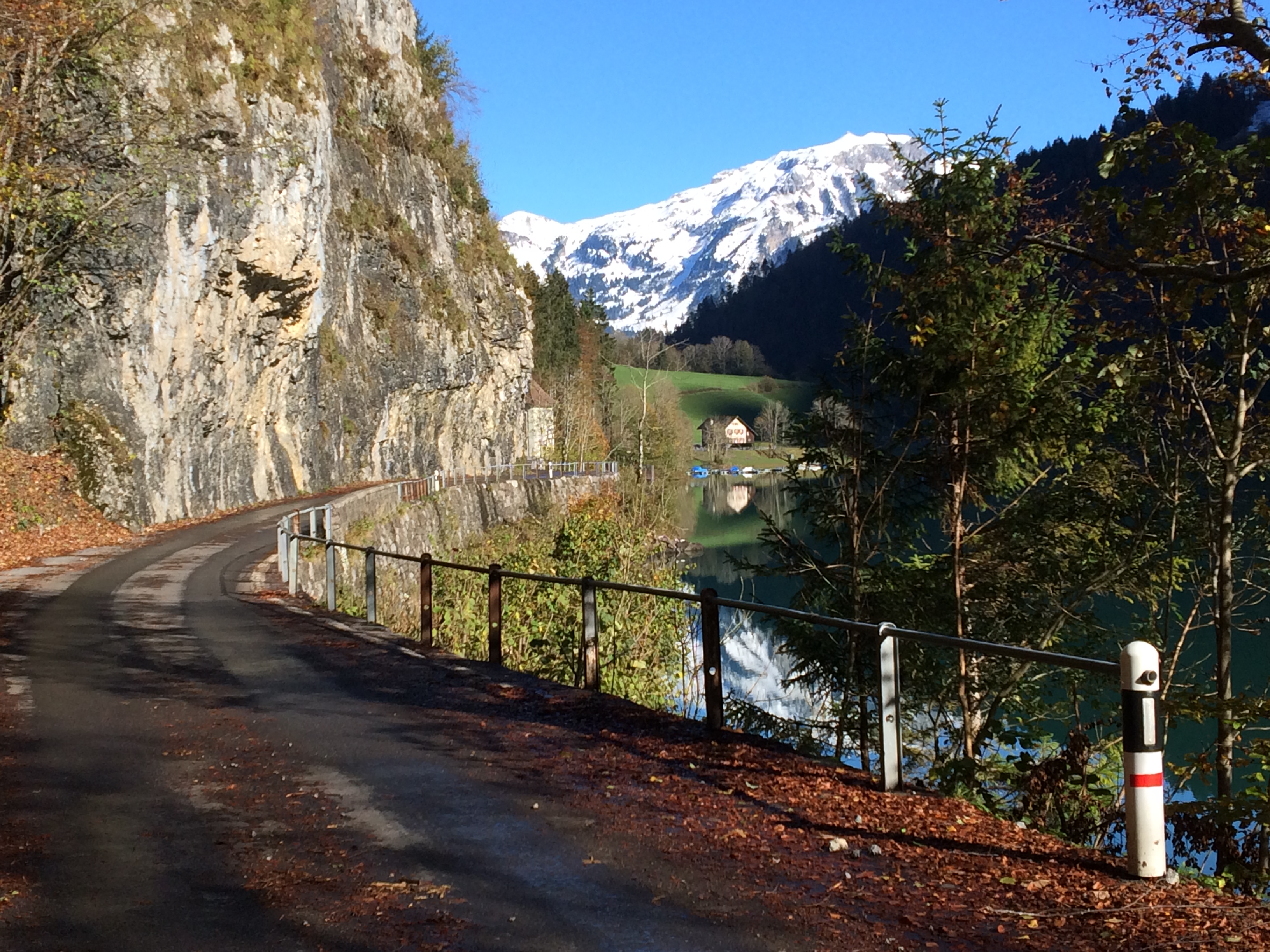 One more with the author getting a bit lost in the woods:

I have another round scheduled for Monday and some practice to do tomorrow morning and Tuesday, then it’s off to Gothenburg for a couple of days before returning to Portland.  Let me know if anyone is around southern Sweden, I would love to meet up and tee it up if possible.

11 Responses to "Switzerland/Sweden trip part one"