I apologize, yet again, about the long delay in posts.  I was down in Monterey for the AT&T Pebble Beach National Pro-Am for the past 9 days and there literally wasn’t time to write.  But, now that I am back I have three fresh posts in mind and will write them all over the next few days.

Somehow, someway, I was invited down to Pebble Beach this past week to be a part of AT&T’s Fans Eye View and I can’t get over how amazing the entire experience was.  It was like winning some fantasy lottery and the only hard part of the entire experience is figuring out how to write about it without sounding like I am bragging.  In total, a foursome of golf entangled individuals was chosen to experience the event from very unique perspectives that are usually reserved for high VIP status.  All of us were essentially in shock the entire week as we got to meet some amazing people, play world class courses, walk behind the ropes with Tour pros during the weekend and be in the thick of the entire experience. Before I get to into my story, here is a video of all of us that does a good job summing up the week: Some of the best parts were about building a better understanding of how events like this one make a huge impact in the local community.  We spent time with one of the non-profits that benefits from the AT&T Pebble Beach, the Veterans Transition Center, and were able to meet the vets whose lives the VTC has helped transform.  It was a heartfelt and eye-opening experience and if I sound like a fanboy right now it’s because I have become one, especially when I learned that AT&T has raised over $120 million for charities in the 30 years they have sponsored the Pebble Beach National Pro-Am.  That’s amazing. Here’s a shot of the group hanging out in the bright sun of Monterey, sans camera-man Dan:

After that we headed over to Monterey Peninsula Country Club and played as a foursome in the Boys and Girls Club charity event, which was absolutely amazing as it was the first time I’ve played a course that was literally going to be a PGA tournament later that week. SUCH a beautiful course, too: 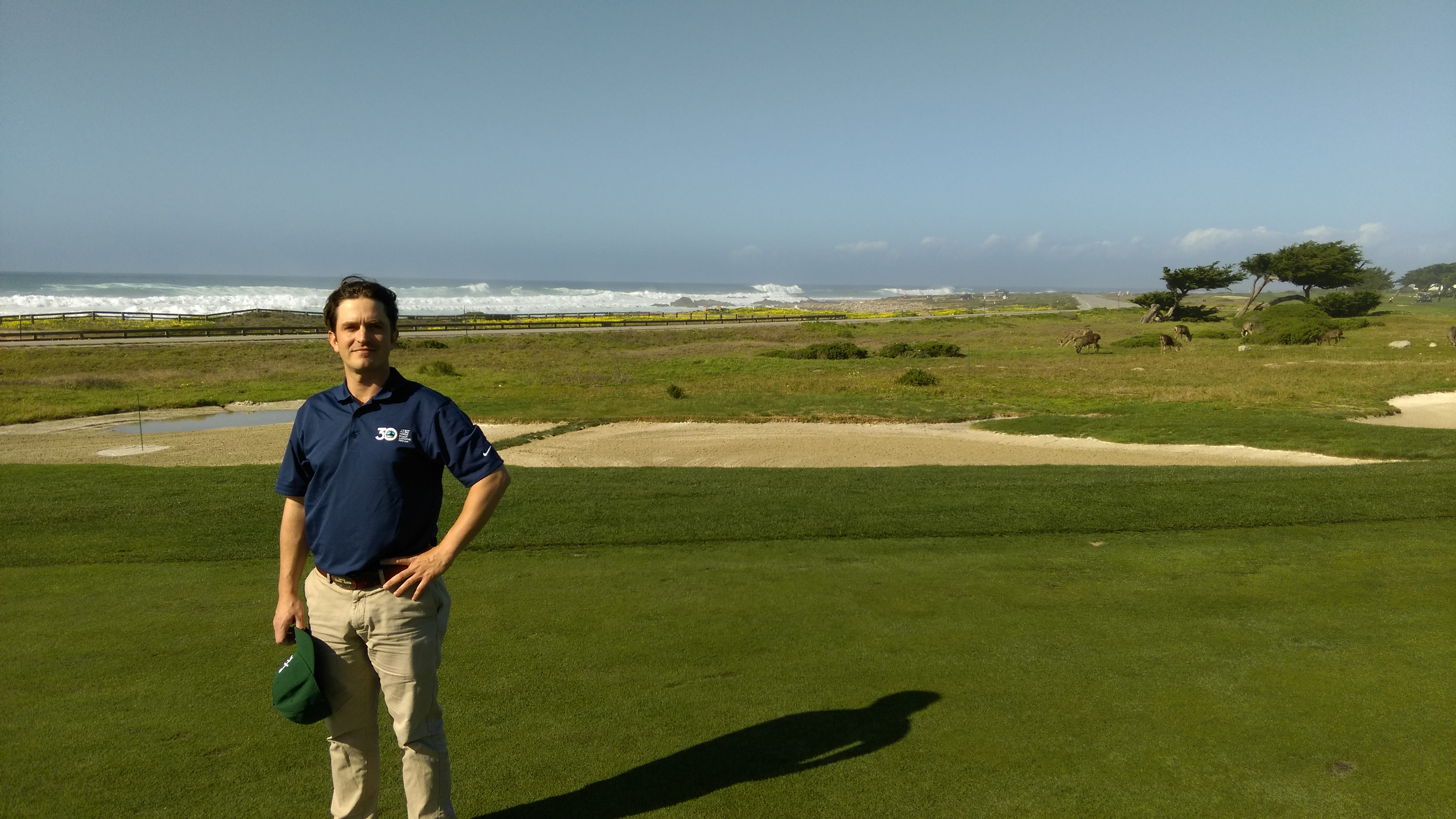 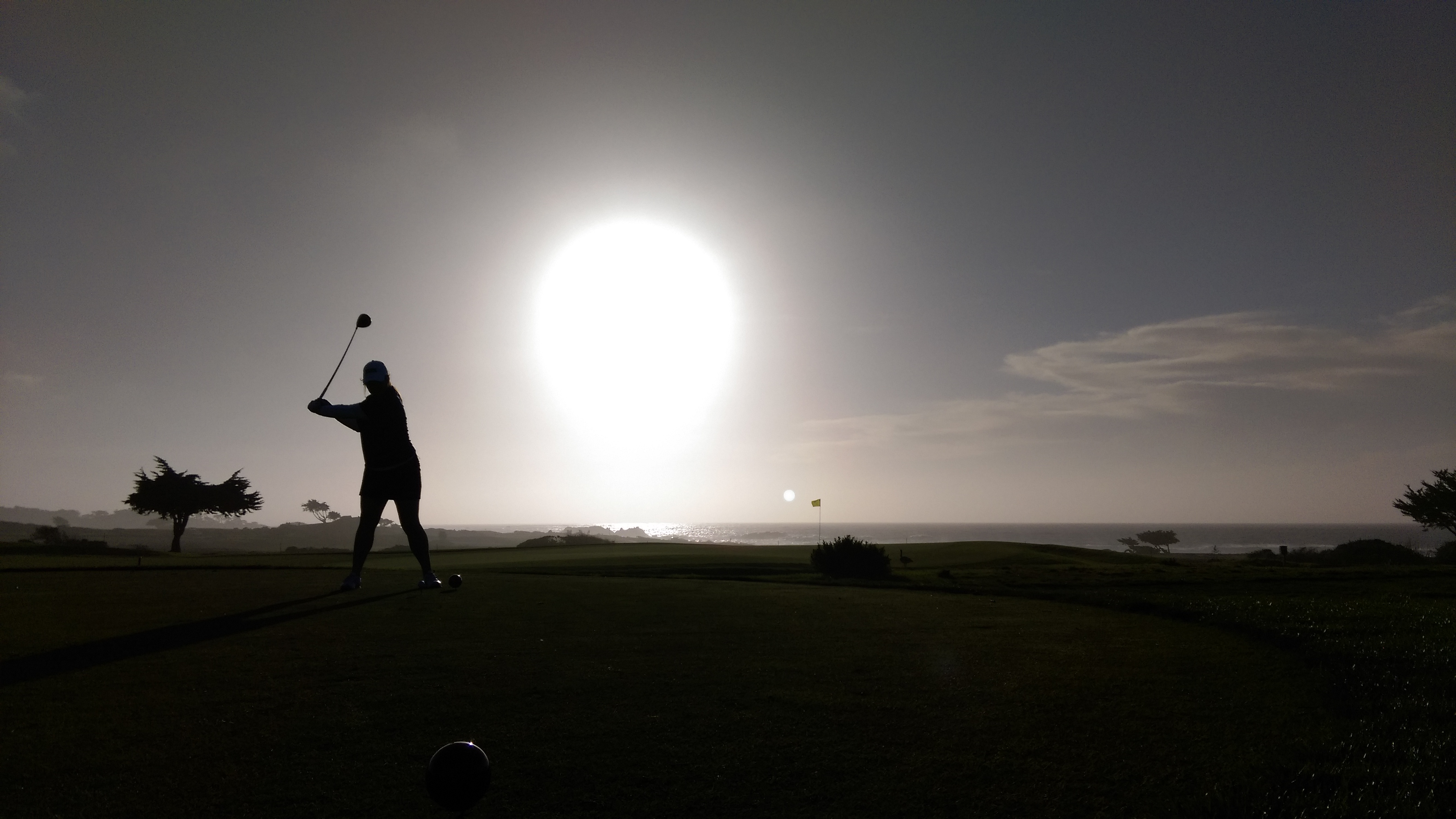 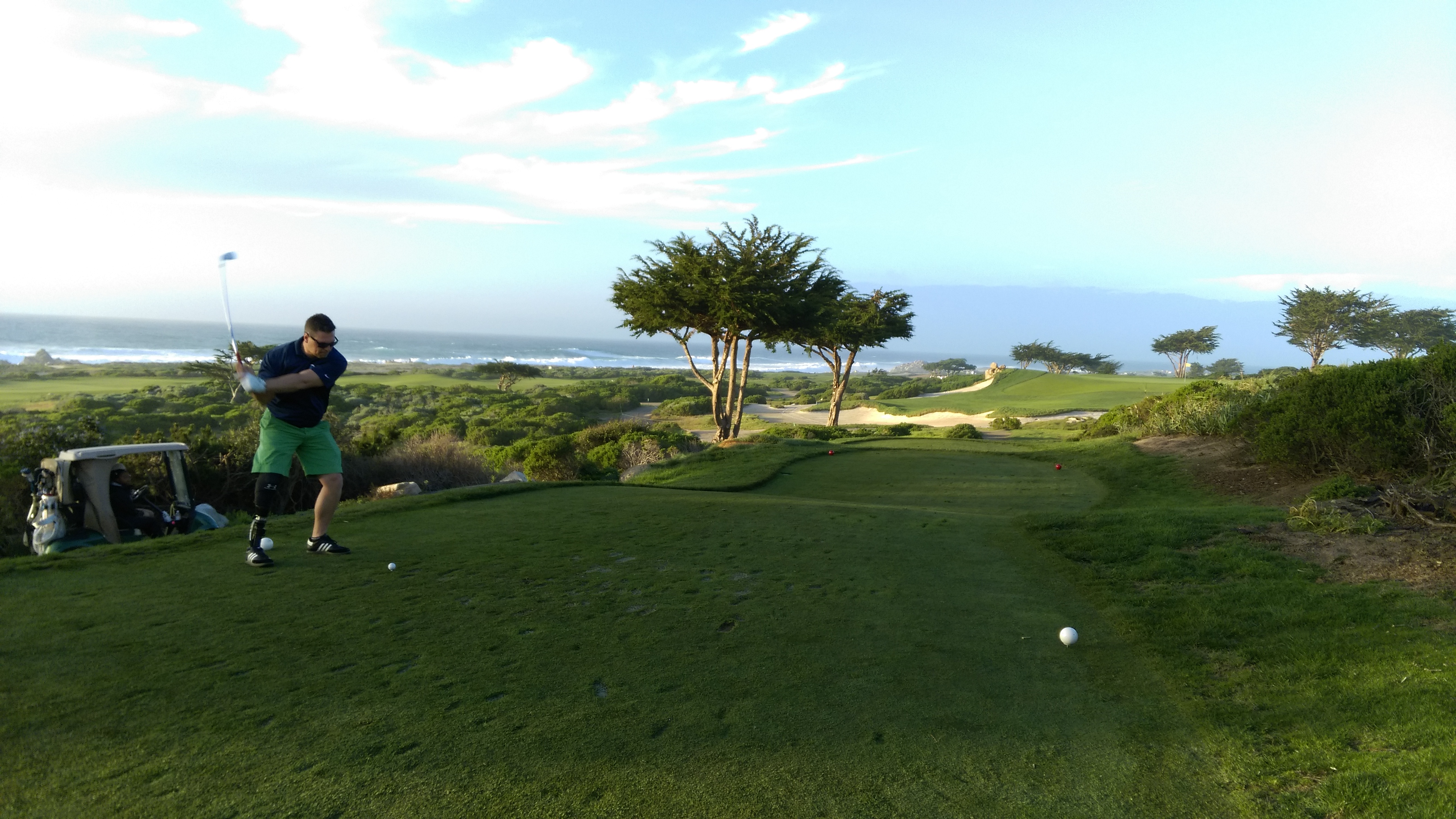 Considering we had never played together and had an 8-person camera crew following us for the entire round and considering none of us had hit balls on that course before, I think our team did pretty darn well…  : 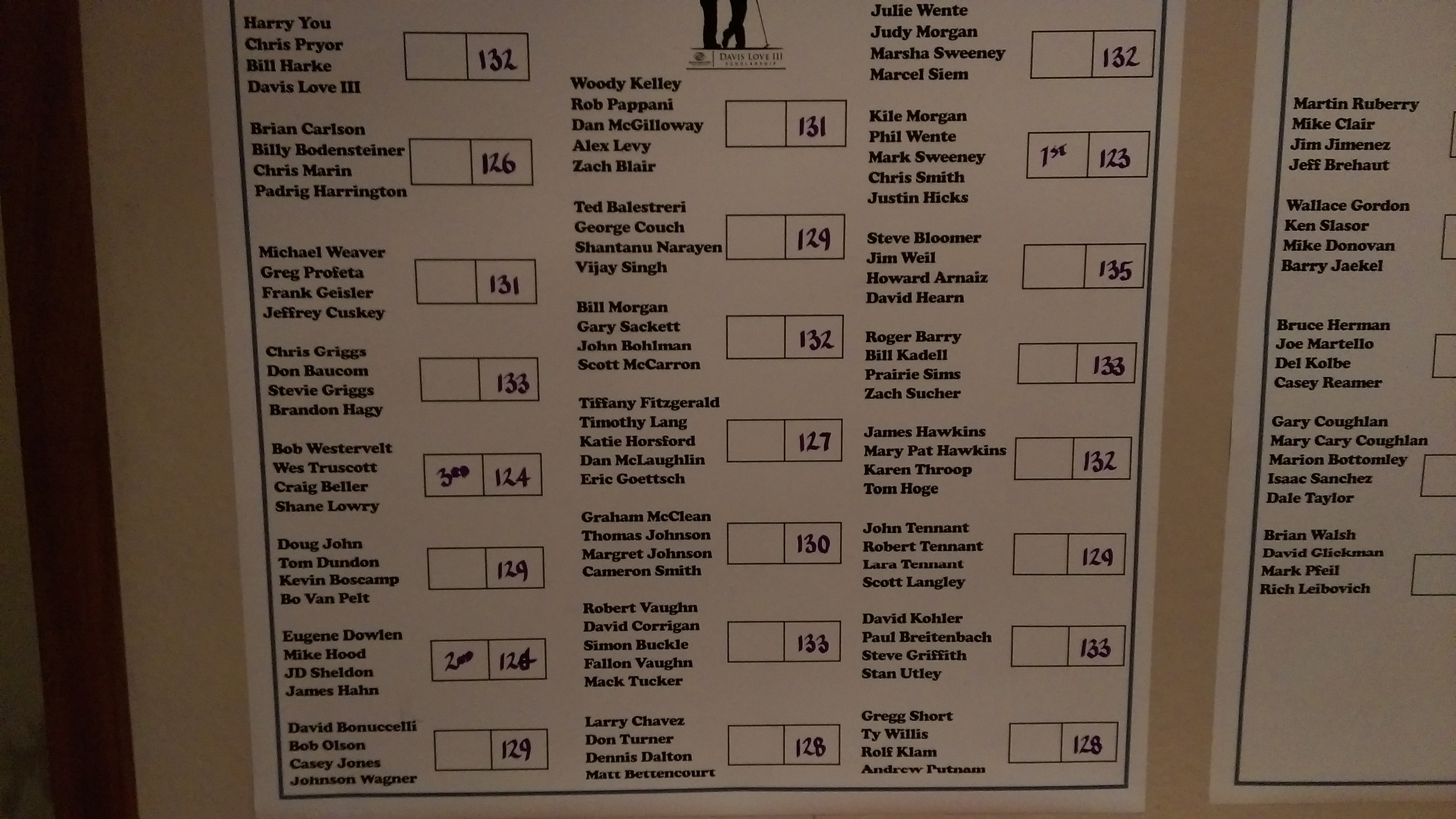 We are the team right in the center of the shot.  Look for Tiffany’s name on top.  Just three shots outside of 3rd place and four shots from tying first.  Considering some of the names on there I think we held our own. After the event we stuck around and enjoyed a nice reception where I literally ran into Davis Love III.  Then we got to hear some incredible stories from the high schoolers who were receiving college scholarships from the day’s charity.  These young adults were amazing and I wish them the best as they take on the next steps in their lives.  The stories they told about their childhoods would have brought tears to Blain’s eyes (Think Jesse Ventura in Predator).  And now they are off to a whole new beginning. By the end of day one I already knew that I would become fast friends with this group.  When we landed we hadn’t a clue as to who each other were, but after a day of volunteering and a round of golf we all knew each other’s personalities and I could tell we would be staying in touch.  It’s amazing how much you can learn about someone during a round of golf.  That might be my favorite thing about this great game; it’s a great way to explore the human psyche. On the next blog post I will talk about everything else that happened before the actual tournament started, including four lessons at the Pebble Beach Golf Academy, meeting a swing robot, dinner with the funniest man on the planet and a random encounter with an up-and-coming golf star.

4 Responses to "The most amazing week, part 1"