Last week another one of my shafts snapped mid swing.  This is the third time one of my KBS Tour shafts has broken during play, the first was the 9-iron which I thought was a fluke, then my 7-iron snapped in the middle of the Oregon Mid-Am while hitting out of a fairway bunker and now my 6-iron snapped on an approach shot sending the head flying 40 yards down the fairway, the ball miraculously landing on the green and my playing partner and I open-mouth staring at each other as to say “what the heck?”

I talked with the guys at Titleist and they confirmed that this isn’t too uncommon for KBS shafts, but it seems like a big issue seeing as half of my irons have broken during play in the 16 months since I got them.  I play the 9-4 irons right now.

I had the 9-iron fixed a while back by a great repair guy here in Oregon City, Jari, but the 7 is out of the bag and now I’m without a 6, as well as have taken the hybrid out of the bag as I just don’t like hitting it, so have been playing with a few gaps lately.  What I have learned is that it’s very possible to play with the 8 and 5 iron from distances of 145 yards to 195, it just takes a bit of creativity, which in turn has taught me how to better control the ball.  So, it’s a good thing to play with different arrangements, although I am excited to get some new sticks soon.

Here is the state of my 6-iron: 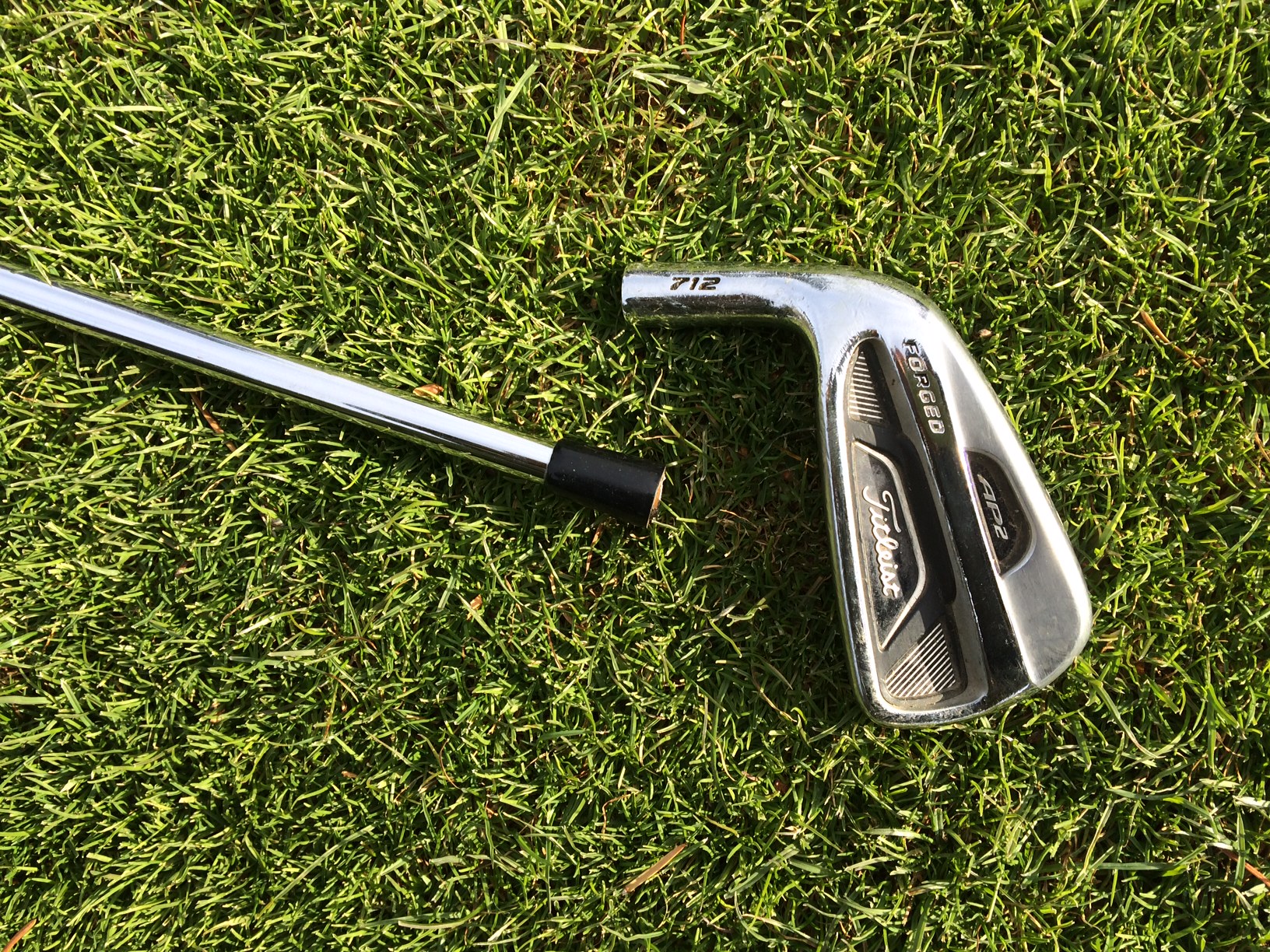 Clean snapped right at the hosel.  Very bizarre the first time it happened, just kind of annoying after 3 times.

But!  I had already placed an order for new irons before it even broke, so in a way this happened at a relatively good time.

I worked with Michael Neff on his new GEARS golf system last week at Columbia Edgewater.  It’s a pretty amazing and is the most accurate club and body gathering system I have been a part of to date.  The site:  http://gearsgolf.com

He put me in the motion capture suit and I hit some irons and drivers and he fit me into new clubs based on the results.  He says that I have the Mike Weir “issue”, which is basically about being the same height as Mike 5’9″ and with relatively long arms for our bodies.  The problem with that is it is very easy to get super flat in the swing making it harder to have a good horizontal swing plane with the longer sticks when they are set to stock settings.  To resolve this issue, he fit me into shorter shafts from 9-iron to driver and set the irons to 3 degrees flat.  He is custom making me a hybrid that will lie flat similar to the irons and then the next step is to find a 3-wood and driver that fits better.  I’m going to go with a shorter shaft with both of those and find clubs that sit flatter as you can’t custom bend either of those seeing as they are not forged metals.

The new irons and wedges are supposed to arrive tomorrow.  Once I get those I will have a slight adjustment period as he says a few of the compensations I do in my swing are to adjust for my current clubs not fitting me how they should.  For the past year I have been trying to adjust my swing to fit my sticks, now he says he has found me sticks that will fit my swing. I appreciate that and have confidence that it will help me grow in my game.

New specs on the irons:

rest of the specs I’ll post as the final decisions are made and arrive.

I am very interested in seeing if and how much of a difference this makes.  He says that I have been holding off on the swing to avoid the snap hook and actually hit the ball off of the heel with a swing path 6 degrees inside to out and with a shut face in order to produce my draw.  I have been getting low Smash factor and that with better fitting clubs and a more fluid swing I should gain accuracy and distance as well as ball control with both fades and draws.

Only time will tell, but I trust that this is a step in the right direction.  And, having confidence in your clubs is half the battle in this mind game we lovingly call golf.

5 Responses to "Time to break in some new sticks"