Here is a scorecard view of the last few rounds I have played: 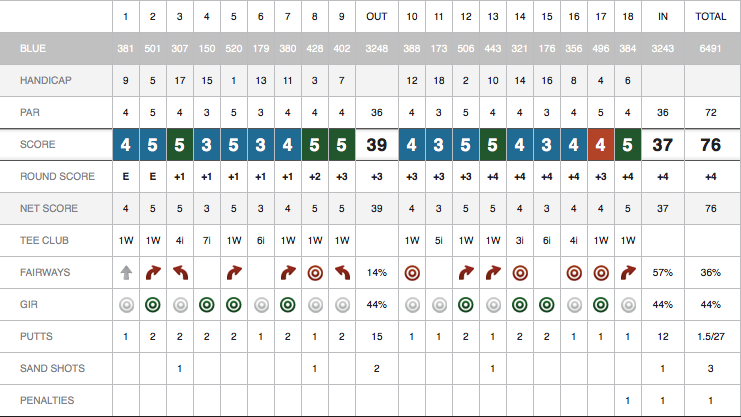 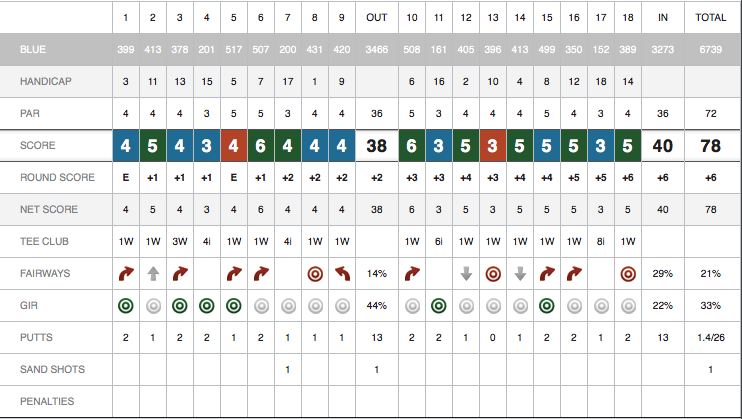 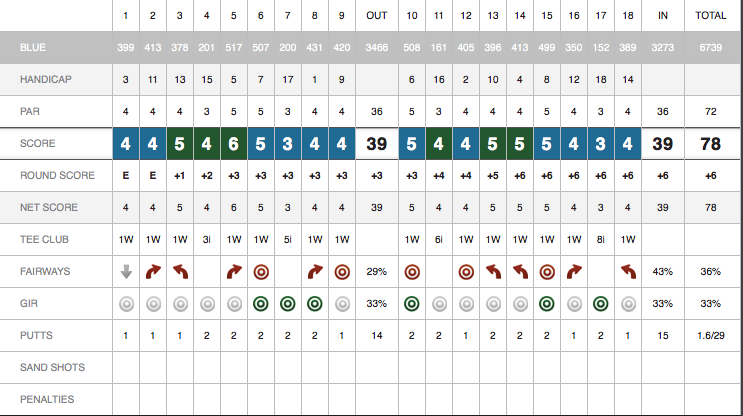 It has been a pretty consistent and decently solid spell that all began when I had that 76 in the tourney about 6 weeks ago.  I’m still not hitting enough fairways and greens, but my misses are getting a little tighter and instead of having to punch out on half of the holes I am only punching out 3-4 times a round.  When you are not playing from the trees is makes scoring a ton easier.  Also, my Greens in Regulation are low, but my misses are around the fringe either left or right and every time I have one of these short chips I feel like I’m going to make it.  Only one chip in these three rounds actually dropped for a bird, but I’m leaving them at tap-in range which makes scrambling much less stressful.

I’m not really sure what changed and I know that I have a ton of work to do with tee shots to transform from hitting about 30% to greater than 50% where I would like to be, but I’m shooting much better scores and these rounds are pretty much without any long putt bombs or by any means am I capitalizing on the majority of chances I have throughout the 18.  The rounds have just been more consistent all around.

It has me super excited. Morale wise, this entire summer was pretty hard as I couldn’t seem to do what I thought I should be able to both on the range and course.  Now, I am working on different types of punch shots and have a deeper comprehension immediately after a good and bad shot as to why the ball did what it did.  That said, I still am mystified by at least one drive per round, but I think the majority of my misses with that club are missing the sweet spot, as well as face angle at impact.  And, if we’re going to get into the nitty gritty, my swing plane needs to be more on plane through the ball.  This is what I’m working on, though, and tiny improvements over time will pay off as they have over the past 4,600+ hours.

I still have not figured out a winter plan for this year, but it is definitely a priority as the rains have set in up here in the PacNW and with the sun setting at 5pm now it makes it hard to practice optimally when I have the occasional meeting or errand to run in the morning.  My eye is on Palm Springs..  I don’t know much about that part of the country, but will be excited to explore it when the time comes.  In the meantime, it’s about time to head back to Trails End driving range and take advantage of the covered, lit and heated bays.  That’s a good place to bring TrackMan out to and start working on those combines again.  It’s been too long..  Perhaps that’s the first chapter of Dan Plan Oregon winter training.  Although right now it is amazingly beautiful out: 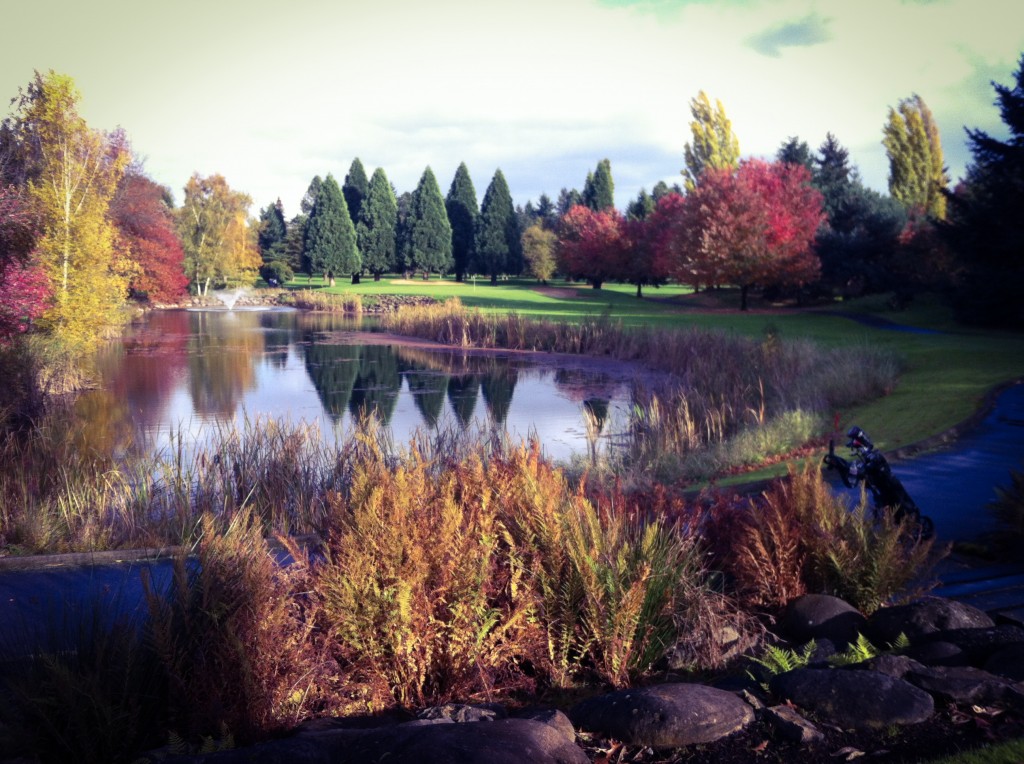 Finally, for those handicap counter out there, mine has finally dropped a bit to a personal best.  This last refresh it landed at 5.2.  Not sure where it will go on November 15, but my money is on sub-5 for the first time ever.