A meeting I was supposed to have was cancelled last minute yesterday morning and the rains were too heavy to make any headway practice-wise, so I went to Red Tail and got on TrackMan to try out as many different hybrids as I could.  The idea was to see if it was operator error or something in the club that was making it difficult to hit that specific club straight-ish.  They had a ton of options: 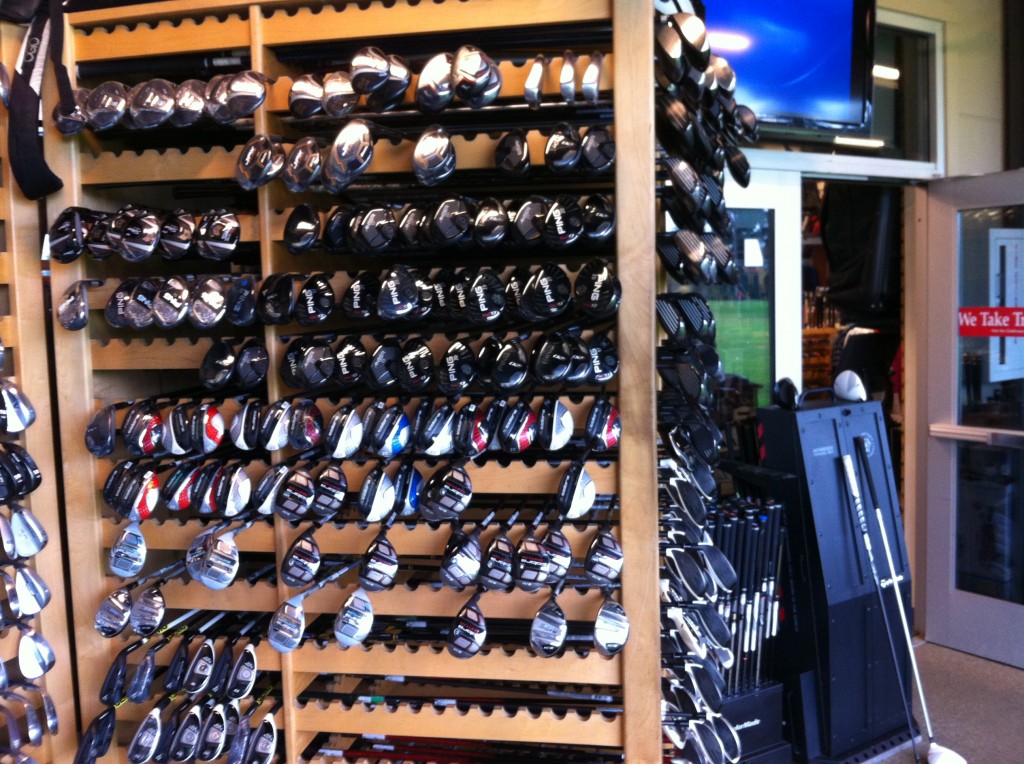 That’s just one shelf of about 8 this size dedicated to demo clubs.  It’s a good place to spend a few hours and they have about 20 TrackMan machines so the feedback is pretty straight forward.  If you are a righty you have unlimited choices.  But, even us lefties had an option in every “tour” and regular category.

I got there in the morning and the left-handed bay was open so I was able to get straight to work.  The guy helping me was nice and as soon as I warmed up it was game time.  I’ve been curious about this stick for a long time and wanted to see what the differences were between the brands.

First thing that stood out was length.  Not of the ball flight, but literally of the shaft length.  The standard length of the Adams, Ping and Titleist was about 1/2 to a full inch shorter than the Nike, which was itself 1/2 inch shorter than the TaylorMade.  TaylorMade have by far the longest shafts of any club that I have seen.  When I hit that one I had to grip up well down the shaft to be able to manipulate it like a normal hybrid. It felt more like a 3-wood in length and how the swing needed to be.

The Nike was actually the most forgiving club out of the bunch and I was pretty interested in how it was adjustable from 17-21 degrees.  That’s pretty awesome and could be used to your advantage depending on the course that you are playing.

To get started.  Here is a list of images. First is the screen capture for a decently hit shot via TrackMan and then the image of the club that produced that shot: 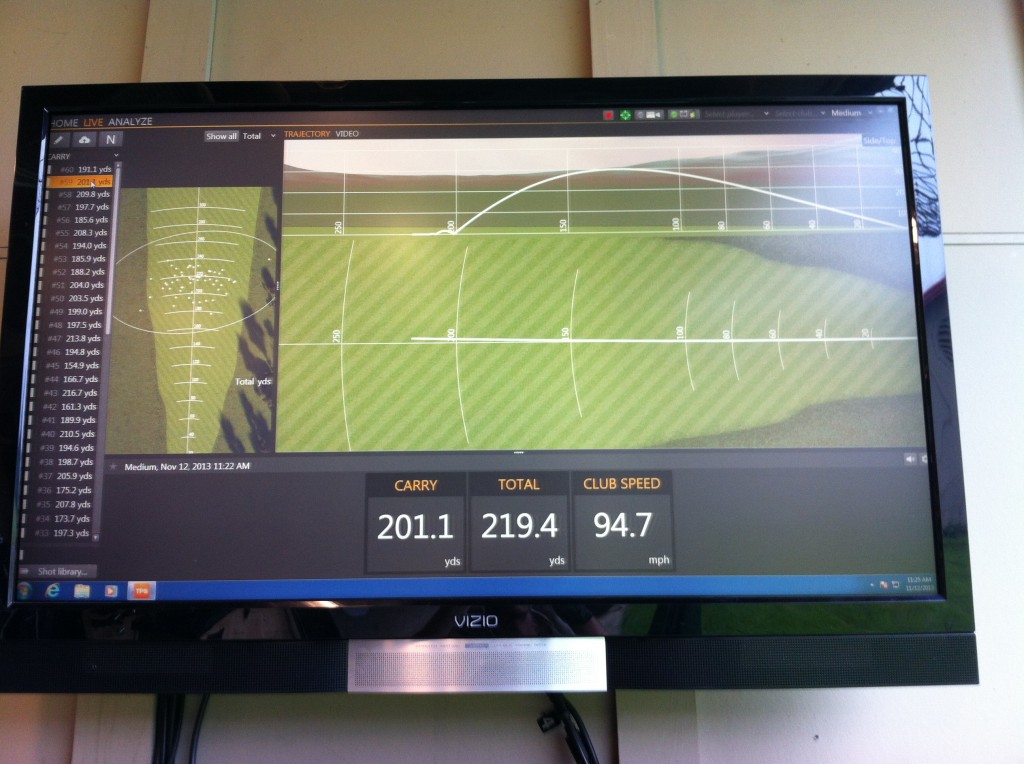 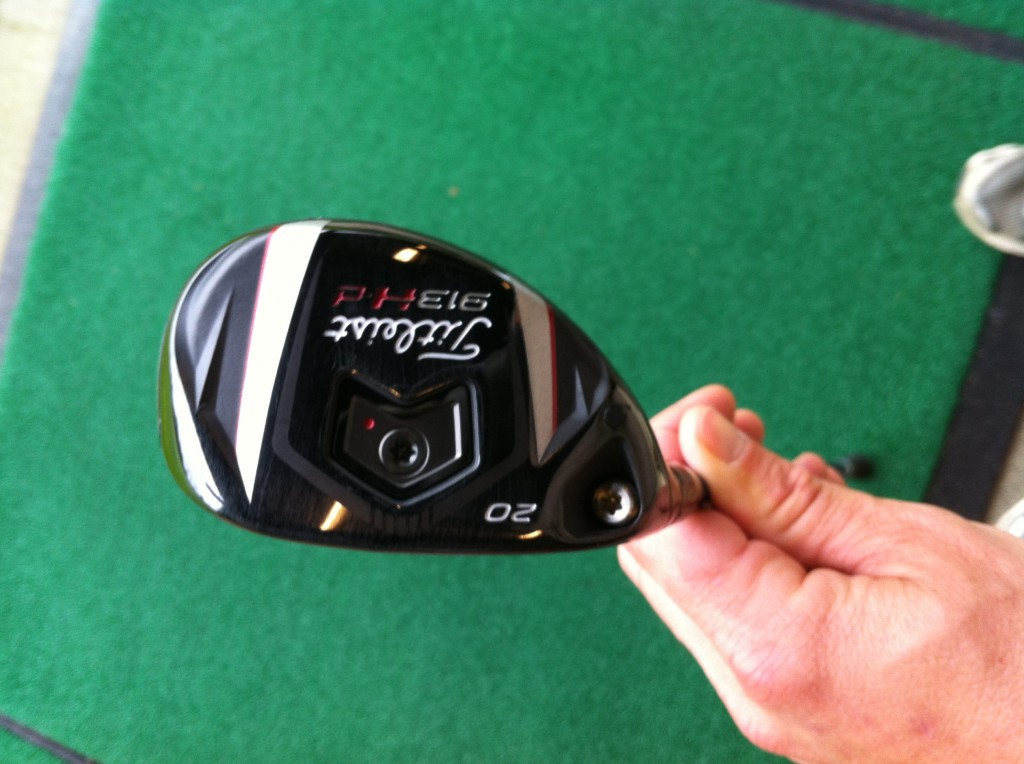 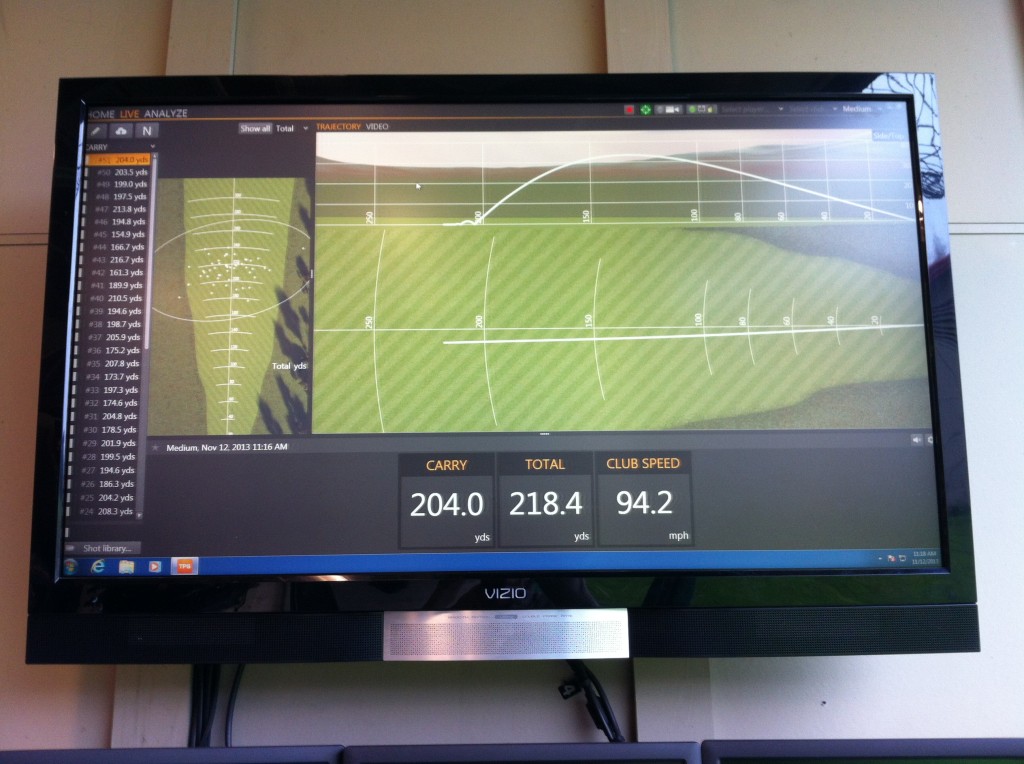 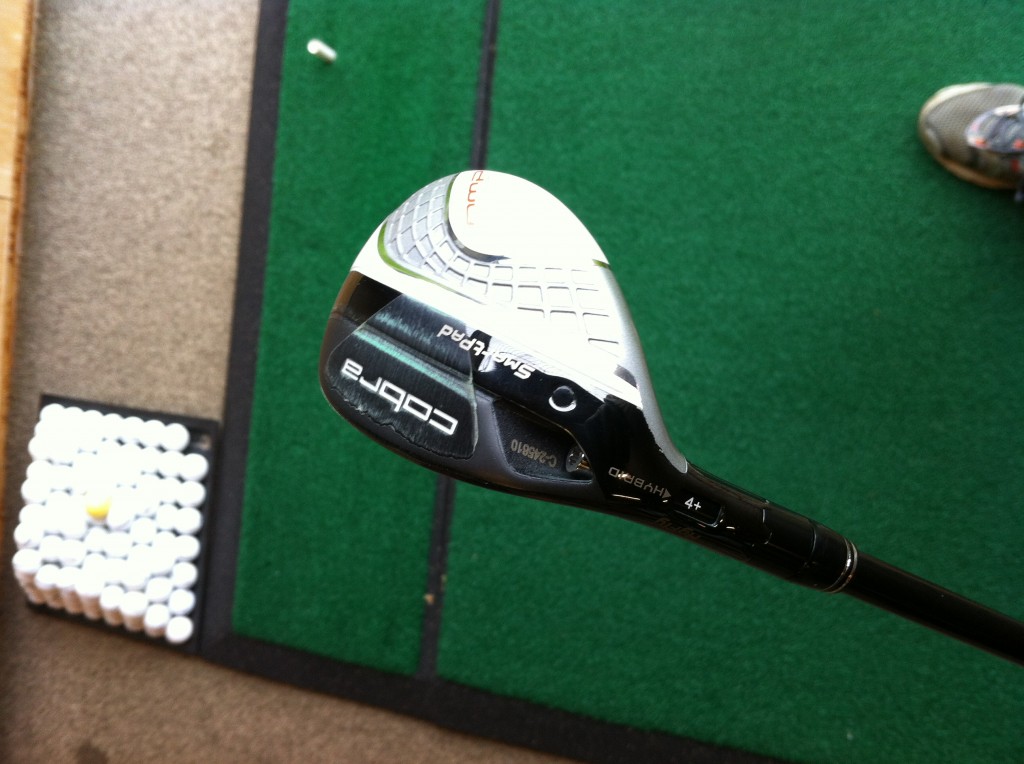 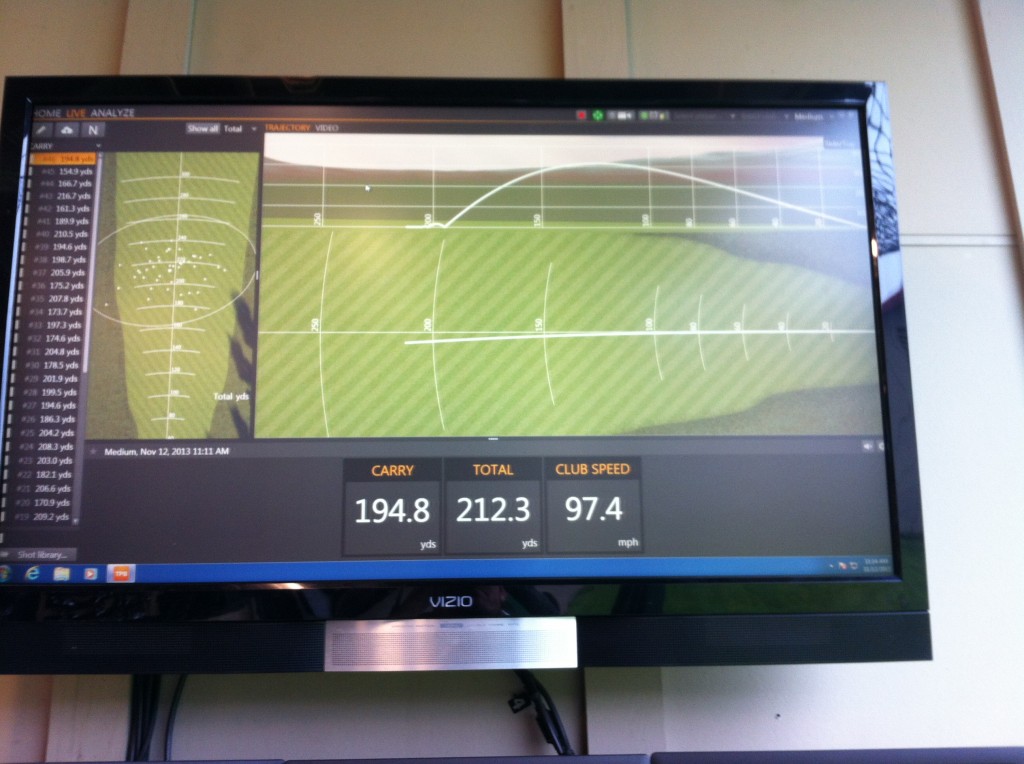 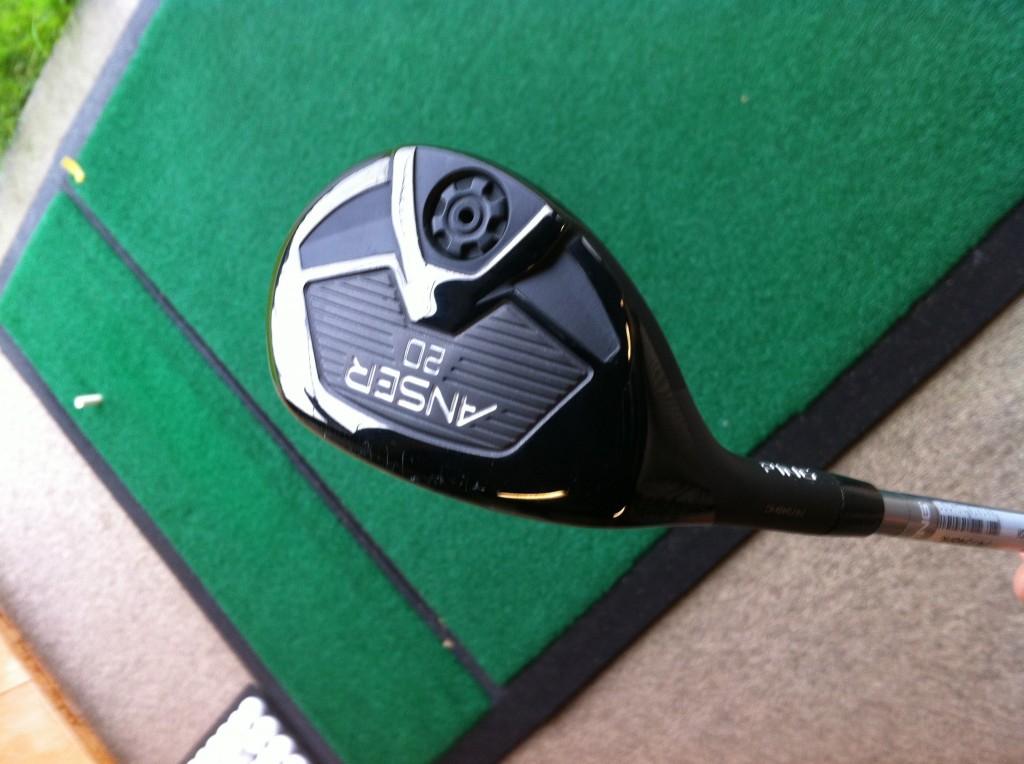 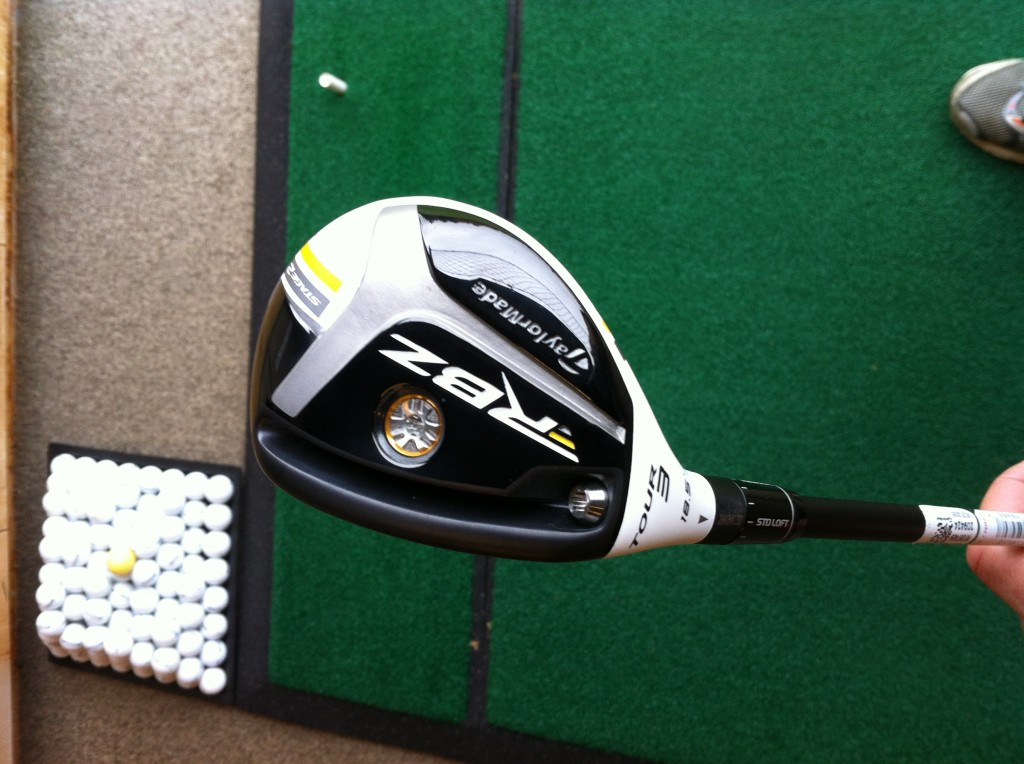 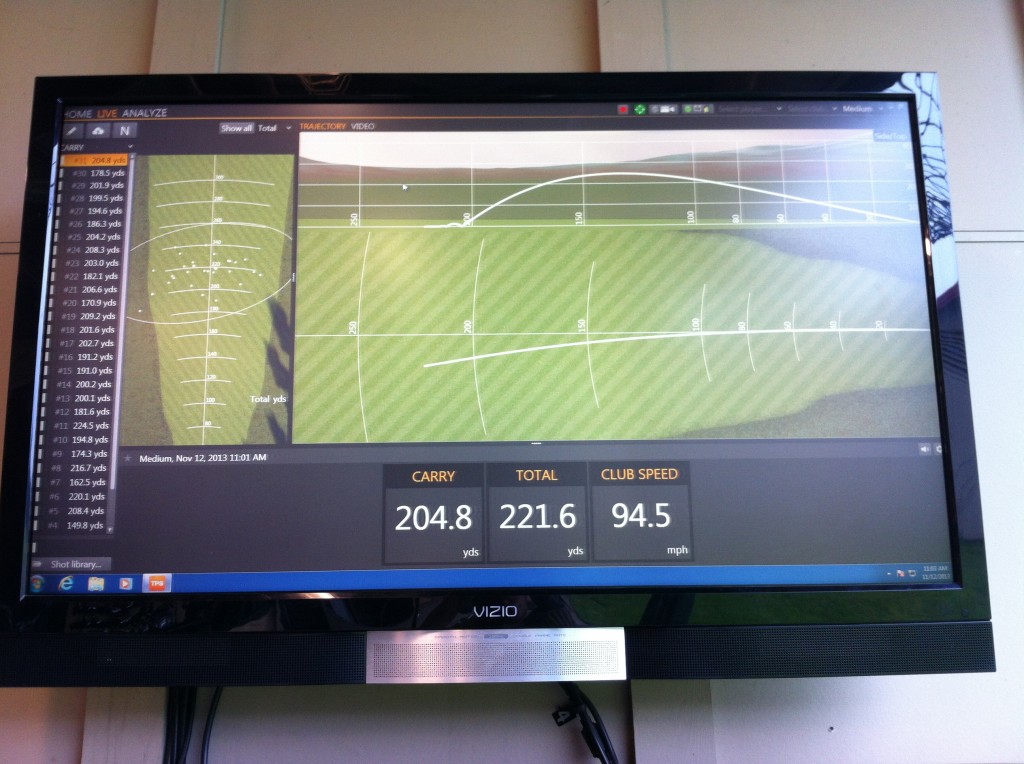 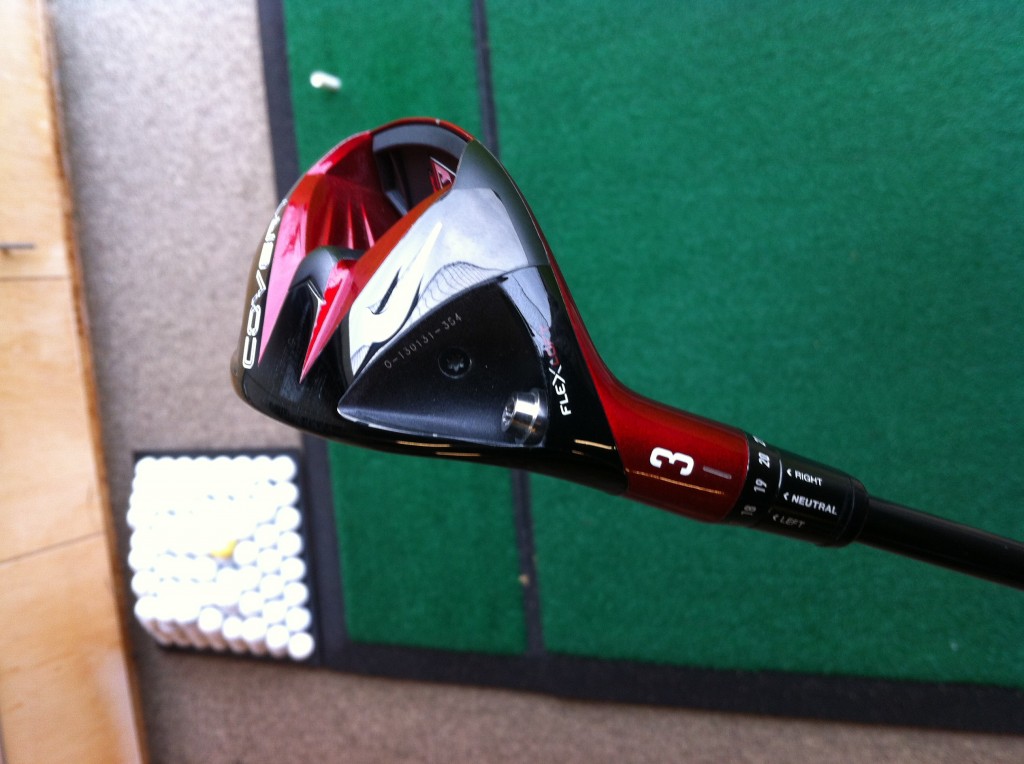 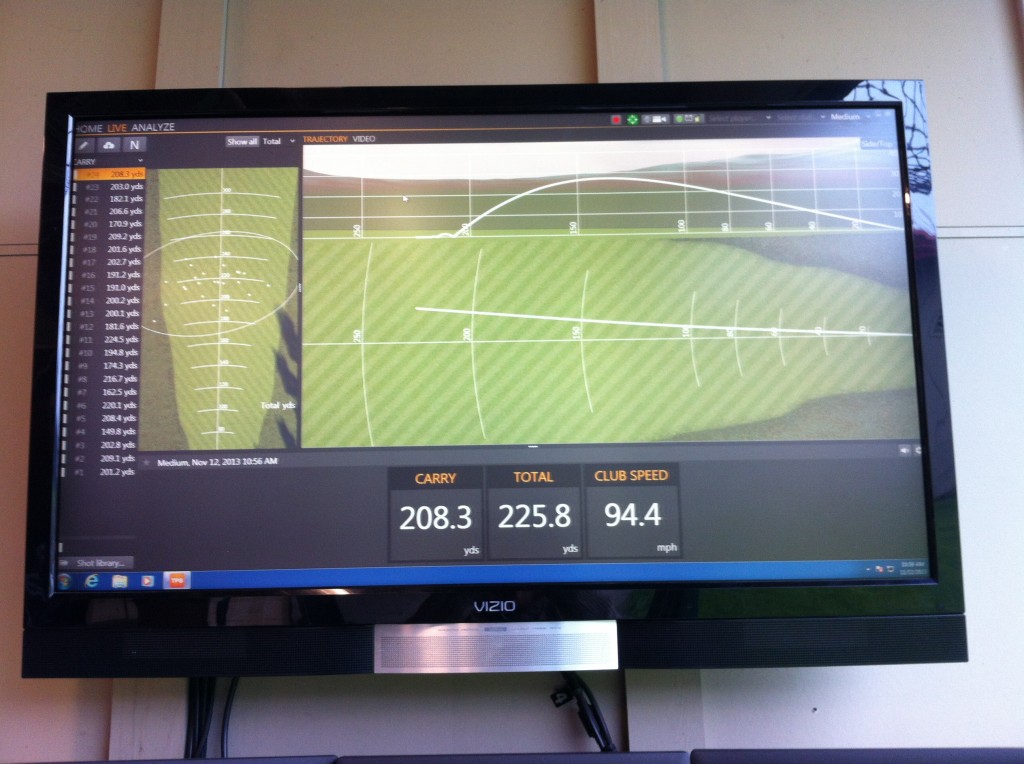 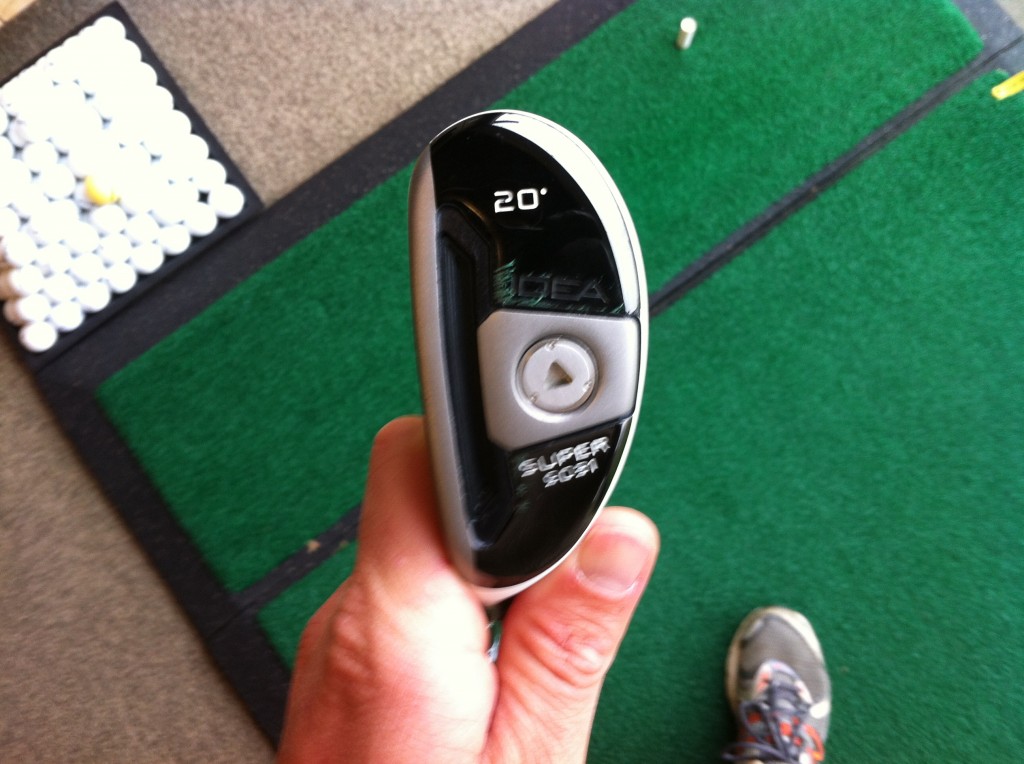 That was the gist of the day. Total distance between all of the clubs was between 210-230, basically.  The biggest difference in carry numbers was the length of the shaft and strength of the face.  Spin was low on the Nike and pretty high on the Ping.  That’s just how it reacted for me.

That’s the biggest learning experience:  “how it reacted for me”.  All of the clubs had a pretty good feel and each had a similar stock stiff-flexed shaft which seemed to launch the ball at a similar height when gripped up to equalize the length of the shafts.

The funny thing was that I just couldn’t hit the Titleist.  I think it could easily be a mental thing, but the demo 913Hd 20 degree reacted a lot like mine does on the course.  I hit it how I think it should be hit and it ends up starting right and then drawing (I’m a lefty, so that’s a pull draw).  I didn’t have this problem with any of the other clubs, except perhaps the Ping.  When we looked at the TrackMan numbers my club path was 2.4 degrees from the inside out and the face was .4 degrees open.  That should have produced a very nice baby draw, but it was starting right and then hooking about 25 yards right of the target.  It wasn’t about where on the face I was hitting it, either as you can see from this pic: 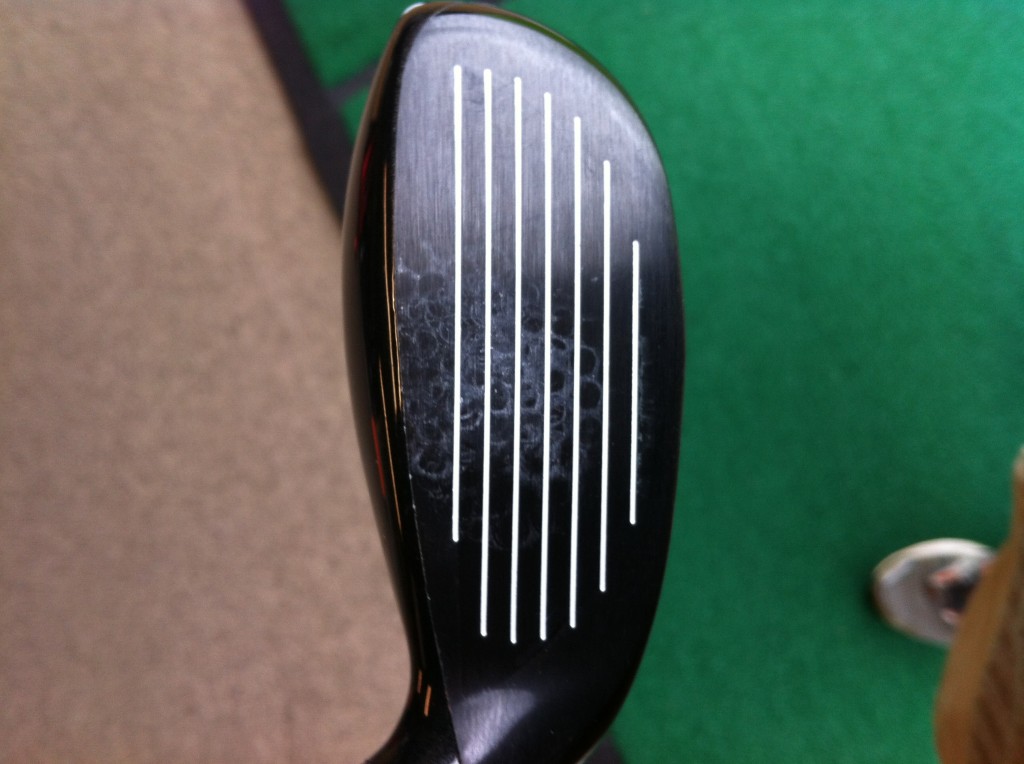 I’m sure there is something that I am doing wrong, but I can’t figure it out, so am going to head back in the next few days and pick up a different hybrid to experiment with on course.  I’m leaning towards the adjustable Nike and the solid feeling Cobra.  Will post about it when I put something new in my bag.

This is just the beginning.  Clubs can be adjusted and fit and there is a lot more to learn with the hybrids.  I wish I had coach Bruce with me for this experiment, but he is in Palm Desert so I had to surmise what I could from the numbers alone.

Much more to be posted on this pursuit soon.

4 Responses to "Hybrid update, testing out all the options"