Today, I had a course completely to myself.  It was a Sunday in September, which is typically a great time to golf in Portland, but this weekend we got hit by an extremely wet early Fall storm (which people said was remnants of a Japanese typhoon which made it’s way across the Pacific and dumped about 4 inches of rain in the past 48 hours) and it seems nobody else wanted to brave these conditions: 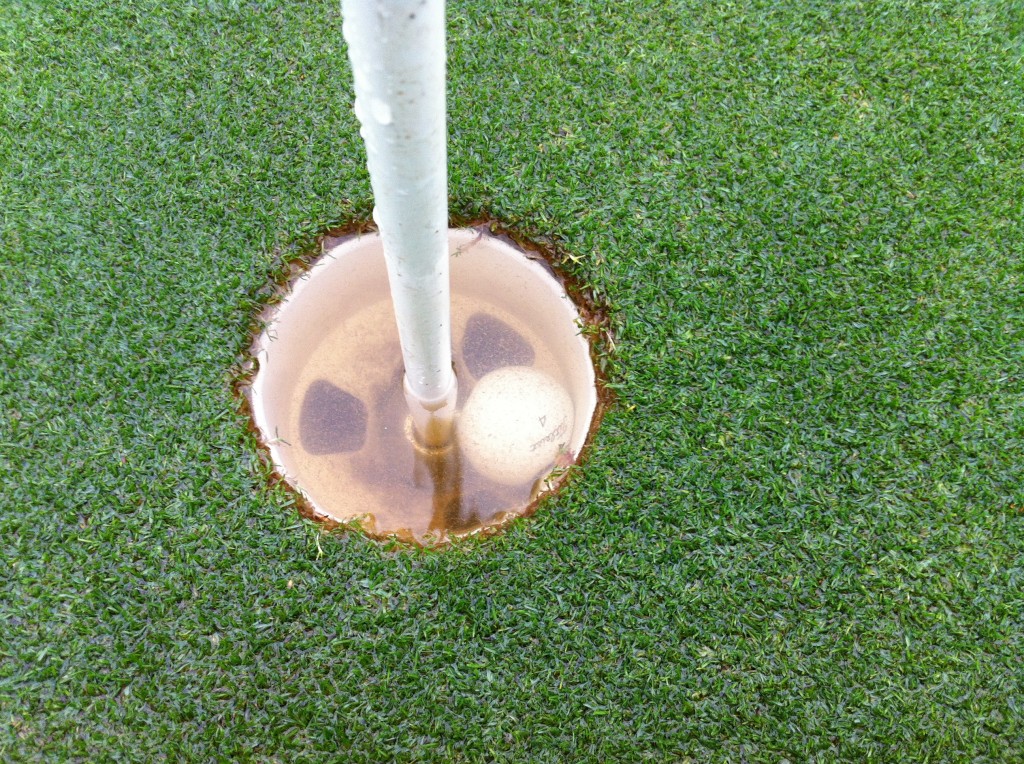 and bunkers where you need a scuba wedge (do they make these?): 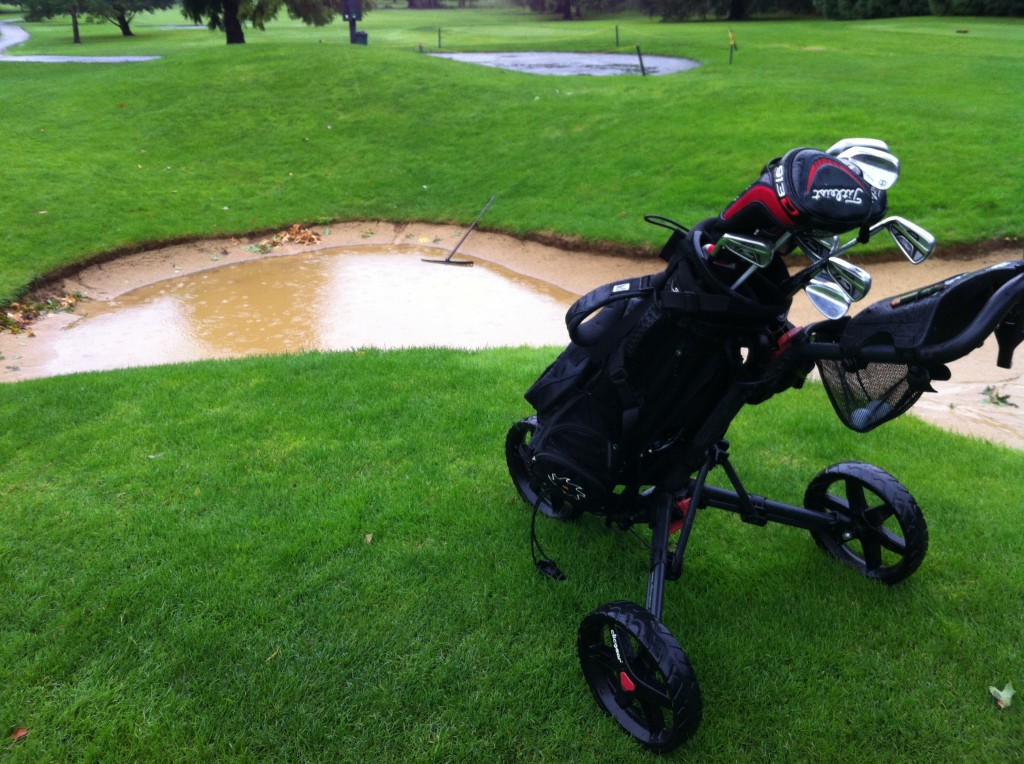 I actually played pretty well all things considered, down the line heavy winds and rain will be a strength of mine considering where I have learned to play golf, so I’m shooting for a British Open victory around 2016 :).

I was supposed to play in the Forest Hills Amateur this weekend.  It’s a two-day tourney that I played in (poorly) last year and was looking forward to a redemption round in 2013.  I went out and played the practice round Friday with a buddy who is a solid golfer and I hit the ball pretty darn well, but after the 18th hole the golf shop guy came out and said the tourney was postponed due to weather.  It makes sense as there were gusts of up to 50mph this weekend and it dumped rain, but I was still a bit disappointed as I love some harsh-weather golf.  I see it as an equalizer of sorts.  You can’t just bomb the ball out there, it forces you to make more shots and understand how the wind and rain will affect the ball.

The tourney will happen next week and it will be fun and sunny, so no harm done.  After that, I am planning a trip away for a bit, so it’s a good way to exit the Portland golf scene until later this year.

I’m relocating starting October 10.  The plan is to visit my family that recently moved to Hilton Head Island, South Carolina for between 3 and 4 weeks, to start.  There are a ton of golf courses down there and my parents are in the process of moving permanently to the island as well as my brother is visiting with his daughter from Switzerland so it’s a good time to see family and try out some completely different golf courses.  I don’t know anything about the area outside of my experience playing Palmetto Dunes’ Robert Trent Jones course last year which was an amazing course.  I hope to play it again this go-around, although bring my own gear as anyone who read the blog last year knows that I struggled with a rental “senior to regular flex lefty” set:  http://thedanplan.com/trip-away-and-a-60th/

Here’s a pic from last year’s round that my photo eye likes:

Playing some Bermuda grass coastal courses will be a good thing.  The job now is to find out where to practice and play and what makes sense while spending the better part of a month in Hilton Head.  Any thoughts?

3 Responses to "Typhoon hits Portland, or at least that’s what they are saying."